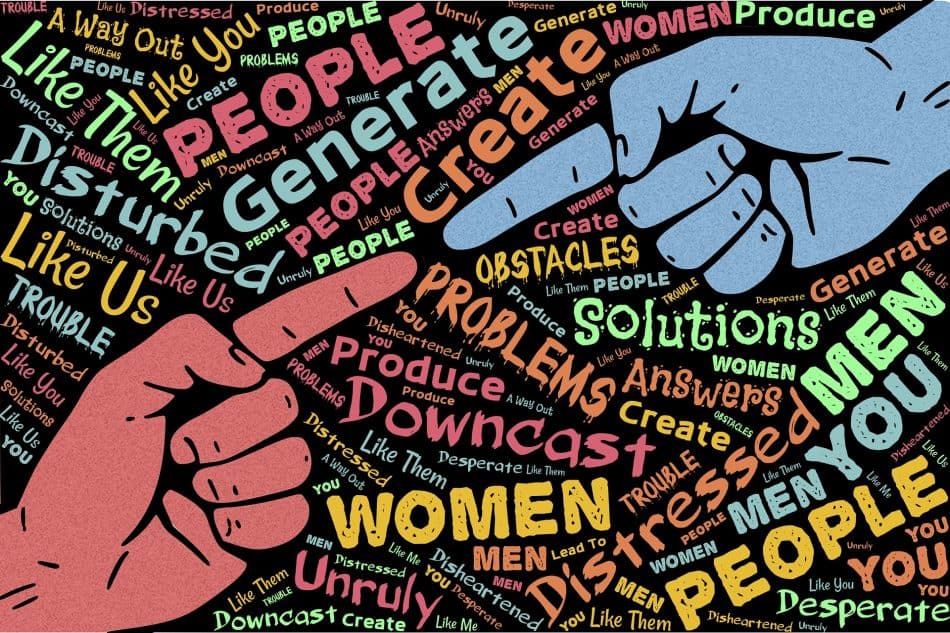 The “Blame Game”, so common a game played in society today and in societies past. We have all done it or are doing it now or will find reason to do it in the future. The World is full “Causes”, each blaming someone or something else for their condition. So why do we say, “A Dangerous Game to Play”? Well LRH lays it out very clearly …

“Anything you blame becomes cause; it becomes higher and more powerful than you and it can therefore and thereafter regulate you. You blame *it*-you say, ‘There’s cause’-and you are saying at the same time, ‘I’m not cause.’ And thereafter from that source you get your orders.” L. Ron Hubbard Excerpt from “Cause on All Dynamics,”
Research and Discovery Series, (old) Vol. 9, page 317.

This could not be more specific … How often do we hear “Its my sisters fault … she made me do it!” or “The Democrats and Republicans”, and on and on! So, examination of Ron’s statement above, and with our examples, the person doing the blaming is putting their sister and the political party at cause over themselves and/or their society!

What an effect position to put oneself into!

“There is a cycle of responsibility.  One acts and seeks to negate his responsibility for such action by placing the ‘reason’ at another’s door. This works as long as one succeeds in making another accept responsibility for the action.  The moment this action fails, and another does not accept it, the entire action comes back at one.  It is then a matter of fault and fixed (by another) blame and stirs the emotion of guilt.  Before this cycle begins, there is no aberration, no matter what has been done, no matter what has happened to anyone.   The action occurs but is no cause for discussion or justice until one seeks to shunt cause elsewhere than self.

Rationalization is a cousin of “Blame” and we have heard how some people go on and on as to “why” something occurred, or they did this or that.

But the only way out of this maze is to accept responsibility for whatever has occurred, not with a sigh or from a victim viewpoint as is often heard but from a cause viewpoint with full assumption of their own responsibility.

“Rationalization is wholly an attempt to shunt responsibility.  Whatever occurs to one is actually his own responsibility….” LRH, Advanced Procedure and Axioms [1951], page 124

“And that’s a “Tough Bullet to Chew”.

Nobody on Earth, anywhere, ever had the power to aberrate you, except you. When you’ve managed to gulp that one down, your throat may feel raw, but you will feel much better generally, because you’ll stop going around looking for all of the bad things that are happening to you.”
Quote from a State of Man Lecture

When you, or a Group in the society assign others or anything the Cause of your difficulties, emotions, or conditions, you assign that entity power over your life. One becomes a puppet capable of being controlled by other determinisms. Do we not see this happening now?

Why do that to yourself?

“True recovery of one’s beingness goes along with one’s realization that he has been the cause of any difficulty he has ever had. And that’s an awful tough bullet. That’s so tough”

“Fortunately for this universe no thetan will let himself go free unless he can operate without danger to others and the responsibility factor is way up on all dynamics.
From: ABILITY MAGAZINE – March 1955