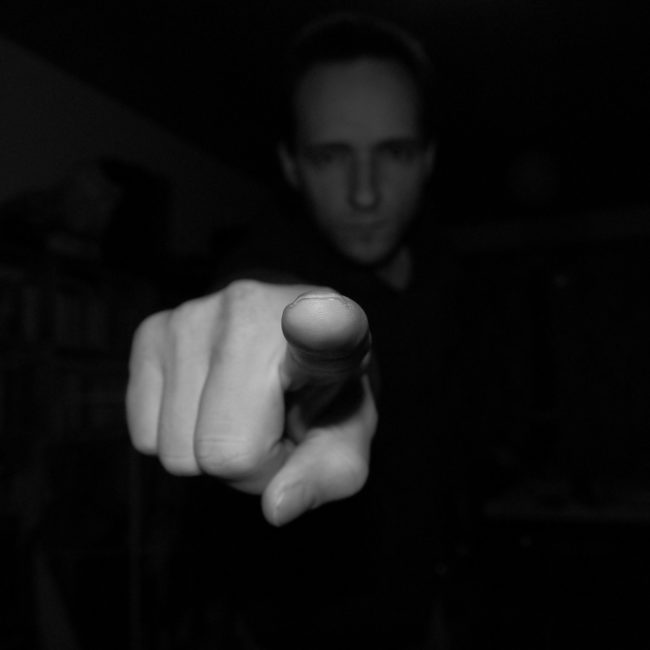 All too often we find ourselves with an intense desire to spring into action when criticized or accused by sending out and a rapid flow of justifications, excuses and explanations in the direction of the offending party.

And then, if that doesn’t work, we attempt to reverse the flow by firing a stream of accusations and ‘make wrong’ at the offender, thereby shifting responsibility over into their space and placing ‘Bullets of Blame’ firmly onto their head.

And of course, Ron has a “wake-up call” on that to make us sit up and listen:

“The second he blames something else, he says “That thing is cause” …  It becomes more powerful than himself.

It occludes and it can thereafter affect him forcefully because the memory of it is not handleable by him anymore. … Blame and Regret are highly aberrative.

“Blame” is the artificial or arbitrary election of cause. It’s the introduction of an arbitrary “Cause” …  he is not accepting the fact that he caused something for which he can be blamed.  He has to be able to accept cause, regardless of what happens to the other person”
LRH – A LECTURE on CAUSE, EFFECT & FULL RESPONSIBILITY

If you feel persecuted, harassed or attacked, find out your condition on your 1st Dynamic and handle the hell out of it; because it is YOUR condition.

Only by violating your Personal Integrity can you possibly go to the effect of anyone or anything.

It is YOUR choice. You CAN control your own life and destiny.

You can if you keep your Personal Integrity in, and keep as well your basic kind attitude towards your fellow beings.

Do not surrender to hate and other bad emotions.  Just don’t.

“You want to get caved in? Just back off totally from an area.

And that’s a “Tough Bullet to Chew”.

Nobody on Earth, anywhere, ever had the power to aberrate you, except you. When you’ve managed to gulp that one down, your throat may feel raw but you will feel much better generally, because you’ll stop going around looking for all of the bad things that are happening to you.”
Quote from a LRH State of Man Lecture

When you assign others or anything the Cause of your difficulties, your state of affairs or emotions, you assign that entity power over your life. One becomes a puppet capable of being controlled by other-determinisms.

Why do that to yourself?

“Nothing can be done to you, you yourself haven’t opened the doors for, you see.  If you haven’t done it to somebody, it won’t happen to you.”

“Fortunately for this universe no thetan will let himself go free unless he can operate without danger to others and the responsibility factor is way up on all dynamics.”
From:         ABILITY MAGAZINE – March 1955

“True recovery of one’s beingness goes along with one’s realization that he has been the cause of any difficulty he has ever had. And that’s an awful tough bullet. That’s so tough”