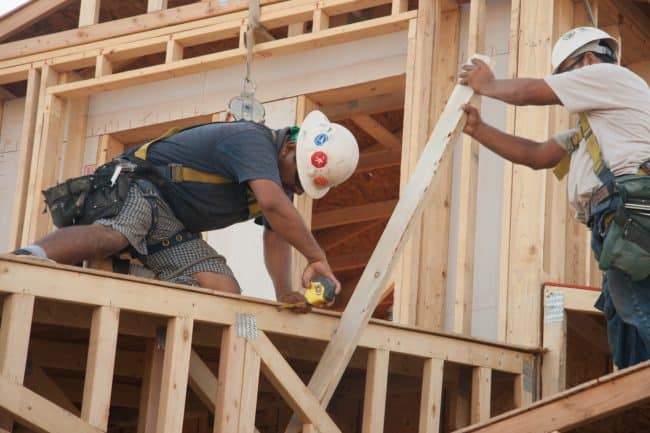 Having someone around that can get things done, really done not a bad product, is not all that common these days. What a pleasure it is to be around someone who has a high action level as opposed to someone who talks about all the things they are going to do but never accomplishes very much. Again we have the Tone Scale in play, what a valuable yardstick for the evaluation a person!

“Now, if you see somebody flying around like mad and he just seems to get all sorts of things done, he just – he never complains about the fact that he hasn’t any time; sometimes he looks around rather puzzled and wonders why somebody else isn’t moving as fast as he is.  And he just keeps getting these things done – brrrrr!  And comes four o’clock in the afternoon and he figures he’s loafed all day.

“And there’s somebody else:  They get up and they walk around and they work real hard and they got one envelope addressed at supper time!  And yet they think they’ve been moving all that time.  They think they have; they have a concept of it.

“Now, just a little bit higher than that, the person senses his inability to control time or realizes time is whipping him, and so he starts in with this kind of thing:  ‘But I have no time to do anything.’  And he’ll sit around for hours and tell you how he hasn’t any time to do anything:  ‘Why, I couldn’t even start it – I mean, I wouldn’t have any time to do it if I did start it,’ and so on.  ‘There’s no use to do it anyway, because – I mean – I – you couldn’t hardly get it finished; there’s just no time.’  That’s at 1.5, by the way.  1.5s are wonderful at this.  They will explain to you for hours how they haven’t five minutes.  Usually they haven’t got five minutes to themselves, they have to do so much for others.  You never notice them doing this, but they tell you.

“So anyway, as you go on up the scale, you have more and more time.  Now, isn’t that peculiar?  It simply means that at the bottom of the scale your capability of handling M-E-S-T has dropped to the point where all that happens in your interaction is that M-E-S-T handles you.”
LRH – Beingness, R&D 10, pg. 446.

An Action Person also has this great ability to make things go right! As the saying goes “If you want something done, ask a busy person”. Reliability and busyness seem to go hand-in-hand for two reasons. First, those who are successfully juggling a lot of things have good systems for avoiding dropping balls. They intuitively think like project managers. How long will the proposed task take? What steps are involved? When would each step need to be completed by, and what problems might arise that would preclude meeting those deadlines? They keep looking ahead to see what’s on playing field . Then they build in enough margin so that when things come up, as they inevitably do, they stay on track.

And as LRH says …

“THE SUPREME TEST OF A THETAN IS THE ABILITY TO MAKE THINGS GO RIGHT.

“People who explain how wrong it is all going and who have reasons why and WHO AREN’T PUTTING IT RIGHT are the real crazy people in the universe.  The only ones crazier than they are, are the ones who are quite happy to have everything fail and go wrong with no protest from them.  And the only ones even worse are those who work endlessly to make things go wrong and prevent anything from going right and oppose all efforts instinctively.

“Fortunately, there are a few around who DO make things go right in spite of everything and anyone.”
LRH, HCOB 19 August 1967, “The Supreme Test”, Technical Bulletins volume VIII, page 111

The high action people are often the ones who get delayed or stopped. How often has one had to explain to some official ‘how’, ‘why’ and ‘what for’ when trying to get “official” permission to act!

“It almost comes down to it that he—a thetan could make a hard and fast rule, only he never should make hard and fast rules—but it’s a good one to observe, is never explain. Be as obvious as you please and be as plain as you please and as straightforward as you can be. And if the ordinary evidences which lie around then don’t justify your actions and so forth, there’s no sense in explaining it to the person who is challenging them, for the good reason that he wouldn’t be able to understand them anyway.” – L. Ron Hubbard