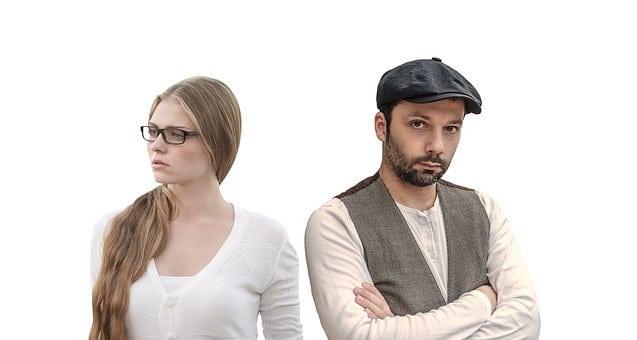 As a result of the many restrictions imposed on us recently we have been forced unusual living conditions.. Such limitations on one’s personal freedom can lead to irritated frustration and petty ARC Breaks over small insignificant things.

ARC Break means, “The assignment of responsibility for a sudden drop in Affinity, Reality or Communication.” …

“The wife may be mad at the husband because of something she did to the husband. She talked about him behind his back (prompted by some old engram about husbands) and, now having committed this overt act, she becomes furious with the husband. Etc. Etc. A whole new view of human behaviour opens when you see this point. Therefore, caution the pc to “pick up his overt acts against things, too”, if he’s only getting overt acts against him.”        HCOB 22/12/58 – Vol 3 – p 364

But, despite the desire to finger point …

“However, the by-passed charge is never what the pc says it was if the pc is still ARC Broken. … So the pc has really volunteered it in a round-about way – by acting like he or she has by-passed charge.”

“The pc never knows why the ARC Break. He may think he does and disclaim about it. But the moment the actual reason is spotted (the real missed area) the ARC Break ceases.”

“People can be hit by

Their affinity, reality, and communication (life force) is retarded or cut by this hidden charge and they react with what we call an ARC Break or have an ARC Broken aspect.

If they know what charge it is they do not ARC Break or they cease to be ARC Broken.

It is the unknown character of the charge that causes it to have such a violent effect on the person.

People do not ARC Break on known charge. It is always the hidden or the earlier charge that causes the ARC Break.

This makes life look different (and more understandable). People continuously explain so glibly why they are acting as badly as they are. Whereas, if they really knew, they would not act that way. When the true character of the charge is known to the person the ARC Break ceases.

As soon as the actual by-passed charge is found and recognized as the charge by the person, up goes Affinity and Reality and Communication and life can be lived.

Therefore ARC Breaks are definite, their symptoms are known, their cure is extremely easy with this understanding and technology.”
HCO B 19 AUG 1963 – ARC BREAK ASSESSMENT- VOL 5 – p 347

2 thoughts on “Are You Feeling Frustrated”