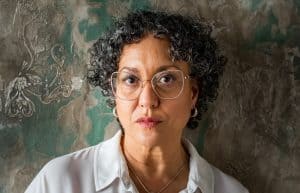 How often have we been told how serious life is? “Billy you must be serious about your work!” “Grow up and be responsible, life is a serious matter”. In the segment below Ron makes a very sensible statement…

“You take somebody who considers things in a very serious light. This person will take responsibility, but he won’t execute it. In other words, his level of taking hold of responsibility, his ability to handle responsibility, is very poor, even when he says he’s a very ‘responsible’ fellow. You see, he considers it too serious. …

“Most anybody who’s getting anything done really knows that it’s not blood, it’s a game. And as long as they know it’s a game … You ever see a college football team down there? They start hitting the line, they get broken legs and they grit their teeth and they’re in there to do and die for dear old—their employers—but it’s a game and that’s important. As long as life has the level of being a game, you can play it. But when it no longer has the level of being a game, it plays you.”
L. Ron Hubbard  Excerpted from the lecture Dead Men’s Goals, Part II delivered on 10 December 1951.

Then we have the subject of death, which should be taken kind of seriously … should it not? Well Ron has a different view on this!

“The subject of death is never a very serious one to a Scientologist beyond the fact that he feeIs kind of sorry for himself sometimes. There was somebody of such terrific élan, (If you say that someone does something with élan, you mean that they do it in an energetic and confident way), who made him real happy and this person was thoughtless enough to dispose of the mock-up and go out of communication and the Scientologist feels unhappy about it, for it is a thoughtless thing for a friend to do. This, by the way, is a very early concept of death. You now more or less progress back to death as it was regarded very early on this particular track in this universe. People didn’t regard it very seriously.”
“DEATH” Edited from L. Ron Hubbard’s 12th lecture to the 18th American Advanced Clinical Course in Washington, D.C., on 30 July 1957

Many people confuse being flippant and un-serious with “not taking proper responsibility”. As Ron says below …

“They are also effective in inverse ratio to their seriousness”.

“How serious is it that you live?  Well, if you’re going to die, it becomes very serious that you live – becomes serious business.  And a person, actually, is situated on the Tone Scale to the degree that they are serious about living.  They are also effective in inverse ratio to their seriousness.  You can show me any person who is taking it very, very seriously and I’ll show you a long chain of failures.  A person gets most serious about living when he is dying.”
LRH, “Thought, Emotion, Effort and the Overt Act”, 9 March 1952, from “The Dawn of Immortality” tape transcripts part 2, page 89.

“As you got down to the flows, dispersals and ridges low on the Tone Scale toward zero, you had an awful lot of matter for a very small amount of space.  And when you went up scale, you found out that you had little matter for lots of space….

“… it takes lots of space and lots of unseriousness to win.”
LRH, “Flows: Characteristics of”, Philadelphia Doctorate Course lecture of 9 Dec from Research and Discovery Series volume XIII, pages 583-593.