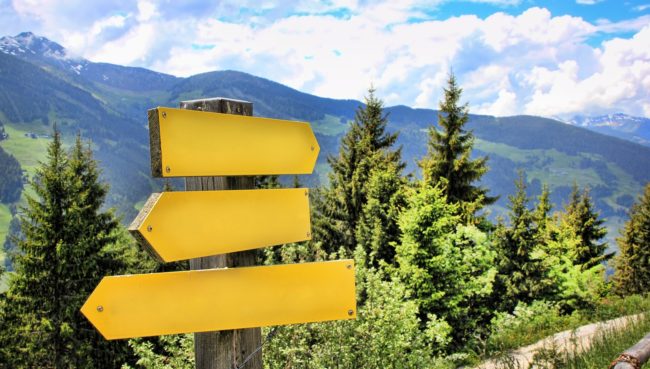 People continually have to make decisions about the present, their future, what color of shirt or dress to ware today! Many just amble along where life might take them …

“A man without future goals is a worried and sick man.

“The reason an individual cannot approach a future goal or even strongly postulate one lies in his inability to resolve the present or make a decision in the past….

“The future is always full of traps.  Where would we ever get randomity and adventure if it were not?  It is a matter of facing the future confident and unafraid despite obstacles that distinguishes the superior being.  The blunt question about how the preclear actually feels about dying tests his condition.  If he does not care, he is a fool.  If he doesn’t want it but isn’t afraid of it, he will do.”
LRH, Advanced Procedure and Axioms, pages 105-106

An interesting dinnertime question can be to go around the people there and ask the question: “How do you actually feel about dying?” You will get some amazing answers, especially asked of a non-scientology group!

We have all experienced indecisiveness at one time or another in our lives, have we not? Once a decision is made, even though it might not be the best decision, we usually come up tone having made it, provided it is a decision that can be put into effect! As Ron says…

“The first item in the ideal state is I AM. Shakespeare was quite correct with his question, ‘To be or not to be?’ When a man is trying to make a decision, that decision breaks down into a matter of choosing one of two courses: TO BE or NOT TO BE. The highest level of the desirable state is I AM. No doubts of the advisability of being, no qualms about the future. The lowest level on a survival course would be I AM NOT. In between we have the doubts and writhing and indecisions of the weary, the angry, the frightened. When a man has made up his mind as to a course, he is only then comfortable. So long as he hangs in a ‘maybe’ on any decision, he is uncomfortable. In any course, there are just two decisions possible: To assume a STATE OF BEINGNESS or to assume a STATE OF NOT-BEINGNESS.”
L. Ron Hubbard – Excerpted from the book Handbook for Preclears. This quote can be found on page 19.

On the lighter side … 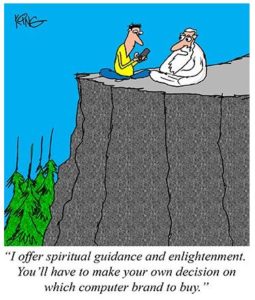