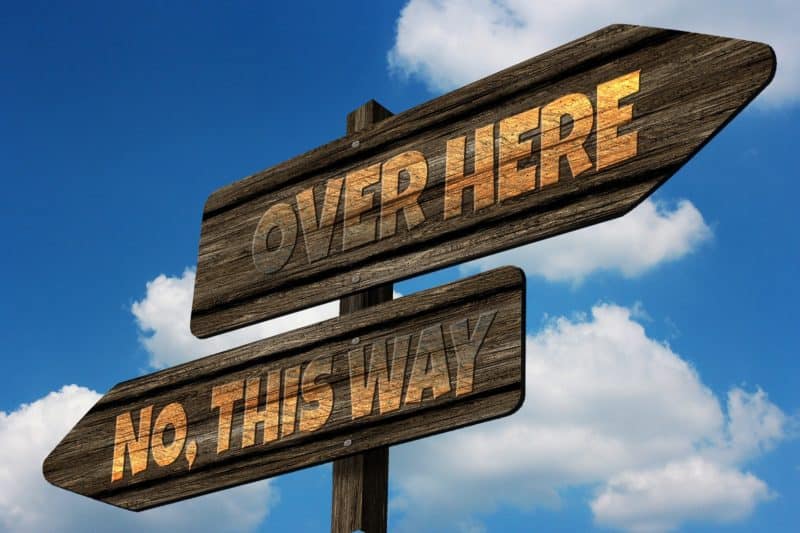 We all get into a Q&A one time or another over things big or small. However, as Scientologists we do have the tools to sort it out for ourselves, apply the Doubt condition, a Data evaluation of the situation etc. What is most frustrating is people who are “chronic Q&A’ers”, they can never decide on something and are very frustrating to work with.

Take a look in more detail at what LRH says on the subject. Some of his comments are quite hard hitting, but true…

Q and A means “Question and Answer.”

When the term Q and A is used, it means one did NOT get an answer to his question. It also means not getting compliance with an order but accepting something else.

EXECUTIVE: Phone Mr. Schultz and tell him our printing order will be there this afternoon. JUNIOR: I don’t know his number. EXECUTIVE: Don’t you have a phone book? JUNIOR: The phone company didn’t send one this year as our bill was overdue. Executive (the fool) goes to Accounts to see what about the phone bill. Mr. Schultz never gets his call. The printing order arrives but Mr. Schultz doesn’t know it…

Q and A is simply Postulate Aberration. Aberration is nonstraight line by definition.

A sick thetan who is all caved in can’t direct a postulate at anything. When he tries, he lets it wobble around and go elsewhere.

The difference between a degraded being (DB) and an OT is simply that the DB can’t put out a postulate or intention in a direct line or way and make it hold good. The insane are a great example of this. They are insane because they have evil intentions. But they can’t even make these stick. They may intend to burn down the house, but they usually wind up watering the rug or do some other non sequitur thing. It’s not that they don’t mess things up. The whole point here is that they can’t even properly destroy what they intend to destroy. Even their evil intentions wobble, poor things.

But not all people who Q-and-A are insane. When a person is running at effect, he Q-and-As.

He is confronted by life; he does not confront it. He is usually a bit blind to things as his ability to look AT is turned back on him by his lack of beam power. Thus, he gives the appearance of being unaware.

His emotional feeling is overwhelm.

His mental state is confusion.

He starts for B, winds up at-A.

Other not too well-intentioned people can play tricks on a Q-and-Aer. When they don’t want to answer or comply, they artfully bring about a Q and A.

BODY Q AND A

Some people Q-and-A with their bodies. The body is, after all, composed of MEST (Matter Energy Space Time). It follows the laws of MEST.

Well, the main force around that is continually acting on a human body is a thetan, the being himself

The body will remain at rest (since it is a MEST object) until acted upon by the thetan that is supposed to be running it. If that being is an aberrated non-straight line being, THE BODY REACTS ON HIM MORE THAN HE REACTS ON THE BODY. Thus, he remains motionless or very slow. When the body is in unwanted motion, the being does not deter the motion as the body is acting upon him far more than he is reacting on the body.

As a result, one of the manifestations is Q and A. He wants to pick up a piece of paper. The body inertia has to be overcome to do so. So, he does not reach for the paper, he just leaves the hand where it is. This would be no action at all. If he then weakly forces the motion, he finds himself picking up something else like a paper clip, decides he wants that anyway and settles for it. Now he has to invent why he has a paper clip in his hand. His original intention never gets executed.

Some people on medical lines are just there not because of actual illness but because they are just Q-and-Aing with their body.

People also Q-and-A with themselves. They want to stop drinking and can’t.

They want to stop or change something about themselves or their body and then disperse off onto something else.

Freud read all sorts of dire and awful things into simple Q and A. He invented intentions the person must have that made him “sublimate.” All Freud succeeded in doing was making the person introspective looking for wrong Whys.

The right Why was simple-the person could not go in a straight line to an objective and/or could not cease to do something he was compulsively doing.

The very word ABERRATION contains the idea of this: No straight line but a bent one.

People who can’t get things done are simply Q-and-A-ing with people and life.

People who CAN get things done just don’t Q-and-A.

All great truths are simple. This is a major one.
Ron Hubbard – The Reason For Q and A – HCO Bulletin of 5 December 1973