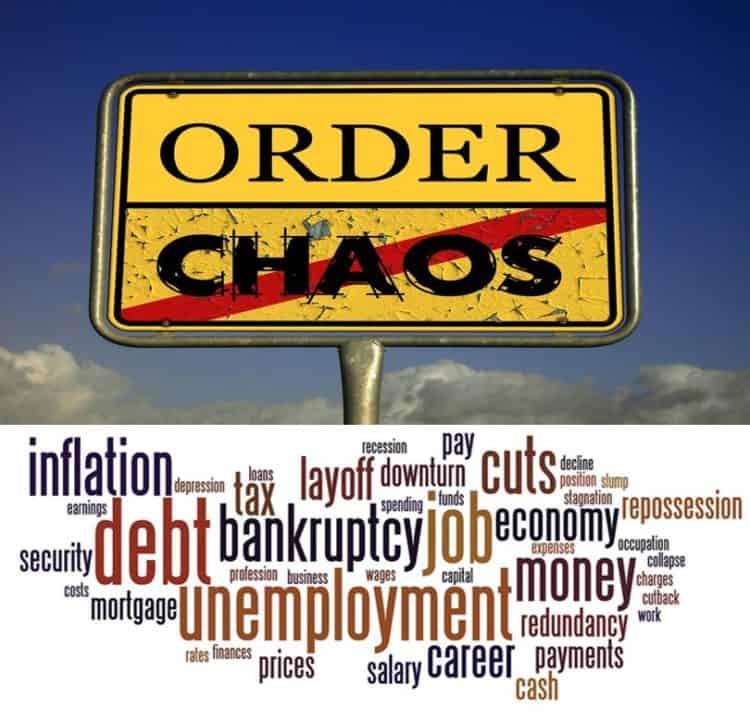 We live in a world where generalities are the normal. “It’s all bad news…” “Everything is terrible…”  “Everyone knows… “We all believe… ”All men are bad… ”Crime is everywhere”, and so it goes on and on. Listen to any radio, watch TV, or open a newspaper and you will see how generalities are exploited. This is the influence of the suppressive elements in the world that seek power for their own ends. Be alert to this:

“BECAUSE AN SP USES GENERALITIES IN HIS SPEECH, “EVERYBODY”, “THEY”, ETC., THE SP IS HARD TO DETECT.” HCO PL 7 AUG 65 – SUPPRESSIVE PERSONS, MAIN CHARACTERISTICS OF.

“They use the word “everybody” continually in their cries and howls … They are the ARC breaks kid in person; “Everybody” and “Nobody” and entheta are their stocks in trade. Such cases speak of “the masses” and “the public” as against us and so we sometimes fail to note that the whole complaint is from this puny runt raving from the whirlpool of his own overt acts. Such a person makes a greater effect on the unthinking than he should. He is giving continual false reports.

GENERALITIES ARE NOT WRONG UNLESS THEY ARE COMBINED WITH A FALSE REPORT AND INTENDED TO UPSET SOMEBODY.

The generalities of these bank puppets intend to deny the good (nobody, nothing) and generalize (everybody, everything) the bad. And so such people are really just spinners for the local spinbin. Yet you find “society” electing and appointing them since such birds echo the exact reactive bank of each individual in the mob.”
HCO PL 2 APRIL 1965 R –ADMINISTRATION OUTSIDE SCIENTOLOGY

You might ask, “How does it apply to you?

An Auditor mentioned a preclear he once handled that was on the brink of suicide. She was in the frame of mind that; “All men were dogs; the people in her company were all out to get her; the world was a terrible place and it was quite unsafe to have and raise children as crime and drugs were everywhere …”.

He just sat with her and asked her for specifics, such as – Did she know just one man who was not a dog! Who was the specific person or persons she was having problems within her company? He asked her to point to some locations in the environment that, at moment were not crime or drug ridden.

Once she found a specific man, the specific person in her company and some specific locations that were really being enjoyed by children and were safe and secure, she came out of her suicidal frame of mind and was once more bright and cheerful.

Generalities are very non survival as they block out truth.

Generalities make it seem everywhere and to involve everybody…

“People who are around saying “everybody,” “they” – these wild generalities, and so forth – you should do this as a drill … Just ask, “Who says ‘they’? Who uses generalities? Who says ‘everybody’?” Any such question. Because oddly enough the person has uttered a dispersal, you see. He can always find somebody eventually.

The mechanics are just the generality which should have been a particularity.”
SHSBC 419 ARC BREAKS & GENERALITIES

LRH : Axiom 30.The general rule of auditing is that anything which is unwanted and yet persists must be thoroughly viewed, at which time it will vanish.

“GENERALITY: a general or nonspecific statement which is applicable to all and used in Scientology to connotate a statement made in an effort to either hide cause or to overwhelm another person with the all-inclusive.” (HCOB 11 May 65)

What’s all this? What are we getting at here? What am I talking about to you, anyhow? I’m telling you that there’s troubles of various kinds, aren’t I? I’m trying to show you there’s little problems around. What’s the common denominator of all these problems?”

Axiom 40:  Any problem, to be a problem, must contain a lie, if it were truth, it would unmock.

An “unsolvable problem” would have the greatest persistence. It would also contain the greatest number of altered facts. To make a problem, one must introduce Alter-is-ness.”

1 thought on “Generalities won’t do!”