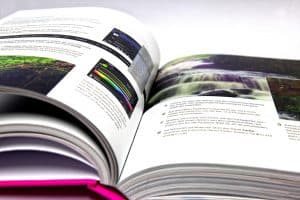 The early days of the Tech that we could pursue without fear or mistrust!

So, you shouldn’t get in the idea that there is a bunch of security being applied, for some reason best known to somebody else, because the reason is simply that it makes people sick – and if not given proper protective security and so on, it would have half of the – well we would have the lower-class staff, you see, out on their ears if it were flowing through the lines, and so on. And then people starting to audit it, very often need very careful supervision and direction or otherwise, why, it knocks them kicking. And those who have been through this, of course, they just toss this off. This is nothing, of course. That’s right – it’s nothing.

But before they did, I call their attention to when they accidentally skipped half a page of materials. And then went appetite over tin cup for about five sessions, before they finally got back to finding out what they did, you know? Or just accidentally turned the wrong page and glanced at the wrong thing and have the meter practically lock up and that’s it.

So, when you begin to estimate the velocity or ferocity of material, you have to estimate it against the power of the individual. Let’s take a wog out here. He’s running on about one-quarter of one grasshopper power, see, and he looks at a lock and he thinks that – well, let’s go back to Freudian analysis, see, let’s go back to way back. And for five years the psychoanalyst worked hard with his patient, in order to discover a hidden memory of a sexual attack of somebody waving a book with a naked woman on it before him, while he was a baby, you see. And they worked for five years and they finally found this and explained it all to the person, and so on. And they were spinning because these were so powerful as aberrative incidents.

All right, on the Dianetics course, you find the only thing that was wrong with 1950 Dianetics is we just kept throwing people in over their heads. After you’ve run a few locks, why you can face some engrams. Do you see? After you’ve run a few secondaries you can face some pain and unconsciousness. And it’s a matter of just that. So, it is all gradients.

And you’ll find throughout Scientology, the gradient approach is a primary and regulating factor. And the gradient approach has been very, very important, in this line of research. It is incidentally quite new. You’ll find it here and there. You’ll find it mentioned, and so on. How do you empty a granary? Well, somebody will say, “Well, how would a bunch of ants empty a granary? One kernel of grain per ant, you see, in the line, and eventually little by little…” Well, that isn’t a gradient. That isn’t a gradient. The gradient would be the ant beefing himself up till he could carry the granary, see. From one kernel to the granary. Now that’s the gradient.

There are jokes that go along with this, you know that illustrate a gradient. But a failed gradient is the fellow who was teaching his horse not to eat. And he got him taught so he didn’t eat, all right, but doggone the horse died before he could benefit from it.

Now that would be sort of a misapplication, because he probably didn’t do it on a proper gradient, really. Then there is the fellow who has got the gradient and he was going to be able to pick up a bull. And so he starts in with a small bullcalf and lifts this bullcalf every day for a very long time, you see. Well, the joke is of course he didn’t have any processing, so he didn’t make it.

See, so there are two gradients.

Now, this is less typical of life at large, than it is of a Thetan. A spiritual being responds in this particular direction like a bomb. But a body doesn’t, because a body is – a body has limitations. It’s built into the stress and strain of the universe. Its legs can only stand so many hundreds of pounds, you see, before they snap. And the body – it is not good – not a good example – trying to pick up a bullcalf every day until you can finally lift the whole bull, you see. That’s not a good example because it’s a gradient of a body.

Well, a gradient of a Thetan is quite different. His power is probably very close to infinite and it can be walked up the line. Now I did just hit some stuff that threw my body back out of a chair. And I thought that was interesting, because I was confronting stuff and it didn’t bother me and I didn’t notice right away what was happening. Because it didn’t seem to me that there was that much stress and strain contained in it, do you follow?

Gradients and ARC – A lecture by L. Ron Hubbard given on the 1 September 1966.