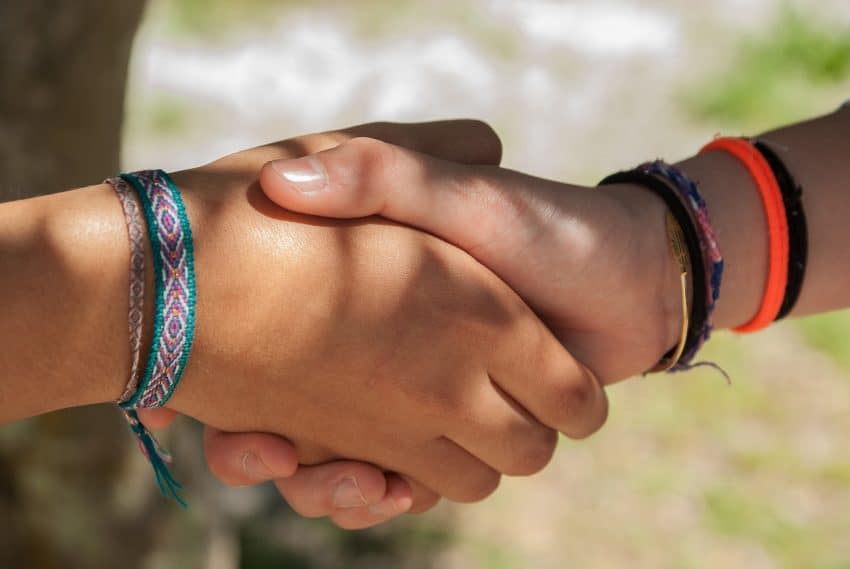 Honor in the World today appears to be a somewhat confused subject. People don’t always honor their commitments, promises … their word. Many years ago many business deals were done on a handshake and interestingly enough still considered legally binding in law. But today few people’s word is binding. How often do you hear people say … “I promise I will get back to you … Trust me I will call you … etc.” It appears that promises are not considered very important by many!

“So this is a completely wild picture. When you look at man’s location in the MEST universe and what he has or has not been through, the picture is just incredibly wild. And you start to search through facsimiles to set this picture to rights, all you’re going to find is the track of agreements which led him to finally agree to be what he is right now.”
L. Ron Hubbard Excerpted from the lecture What’s Wrong with This Universe: A Working Package for the Auditor, delivered on 9 December 1952.

This mergence of morals and ethics has occurred in recent times, and is symptomatic of a general decline. An ethic is practiced on an entirely self-determined basis. An ethical code is not enforceable, is not to be enforced, but is a luxury of conduct. A person conducts himself according to an ethical code because he wants to or because he feels he is proud enough or decent enough, or civilized enough to so conduct himself.

A moral code is enforceable. Mores are those things which make a society possible. They are the heavily agreed-upon, policed codes of conduct of the society. If an auditor were to flagrantly and continually violate the Auditor’s Code or the Code of a Scientologist, then other auditors would have a perfect right to demand, and through the HAS1 effect, the suspension or revocation of certificates or memberships, or both. However, no such action is possible with the Code of Honour. A person could continually and flagrantly flaunt the Code of Honour and experience no more than perhaps the slight contempt or pity of his fellows.

The Code of Honour clearly states conditions of acceptable comradeship amongst those fighting on one side against something which they conceive should be remedied. While anyone practicing “the only one” believes that it is possible to have a fight or contest only so long as one remains “the only one” and confronts as that single identity all of existence, it is not very workable to live without friends or comrades in arms.

The only difference between Paradise on earth and Hell on earth is whether or not you believe your fellow man worthy of receiving from you the friendship and devotion called for in this Code of Honour.
26 November 1954 THE CODE OF HONOUR A Basic Course in Scientology – Part 6

All the Codes have a valid point of view but a very important one deals directly with how the person feels about themselves … “Never disparage yourself or minimize your strength or power.”

How many people do you know who criticize themselves, tell themselves how they can’t do this or that, that they are too stupid, lazy or whatever? The power that your attitude has over your life has been written about by many, many different people. “You are not what you think you are. You are what you think,” wrote the great Thomas Jefferson. He continued to say, “Nothing can stop the person with the right mental attitude from achieving his (or her) goals. Nothing on earth can help the person with the wrong mental attitude.”

And as a last thought … Remember…

“A being causes his own feelings.

The greatest joy there is in life is creating”