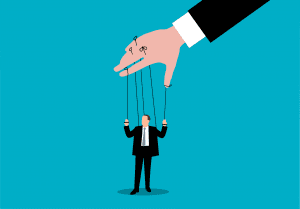 We Posted this item two years ago, and since then the situation has not changed, other than get worse!  The controls on people around the Planet are virtually everywhere. We need to carefully examine the situation we, and the World, find ourselves in, and use the full extent of the Data Series Technology to evaluate it. LRH sums it up and we need to know and observe what is occurring!

THE ONLY WAY YOU CAN CONTROL PEOPLE IS TO LIE TO THEM. You can write that down in your book in great big letters.

This individual is lying to you because he is trying to control you – because if they give you enough misinformation, they will pull you down the tone scale so that they can control you.

Check these facts, you will find they are always true.

That person who is trying to control you is lying to you. He’s got to tell you lies in order to continue control, because the second you start telling anybody close to the truth, you start releasing him and he gets tougher and tougher to control.

So, you can’t control somebody without telling them a bunch of lies.

You will find that very often command has this as its greatest weakness. It will try to control instead of leading. The next thing you know, it is lying.

Lie, lie, lie, and it gets worse and worse, and all of a sudden, the thing blows up.

Well, religion has done this. Organised religion tries to control, so therefore must be lying. After a while it figures out (even itself) that it is lying, and then it starts down tone scale further and further, and all of a sudden people get down along this spring-like bottom (heresy) and say, “Are we going into apathy and die, or are we going to revolt?” and they revolt, because you can only lie to people so long.

1 thought on “Lie to People and you can Control them”