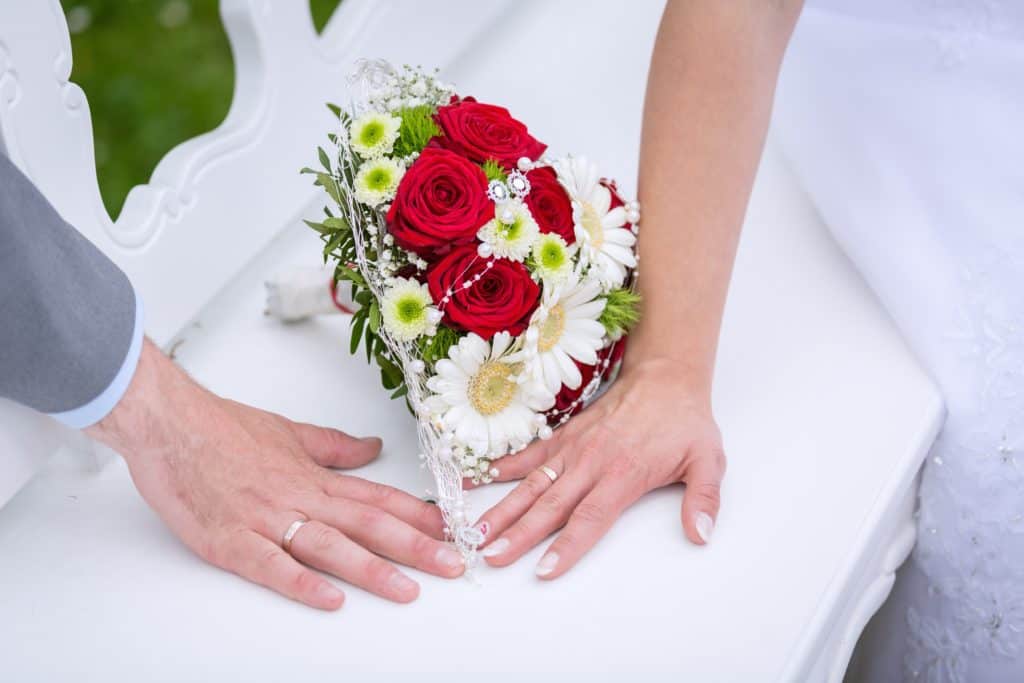 Now here is a subject that truly receives much attention and is forever seems to be discussed, written about, speculated upon, loved and avoided by people generally.

Have you ever wondered what the origins of marriage are?

Doing some research on marriage; evidence suggests that…  “it is about 4,350 years old. For thousands of years before that, most anthropologists believe, families consisted of loosely organized groups of as many as 30 people, with several male leaders, multiple women shared by them, and children. As hunter-gatherers settled down into agrarian (relating to cultivated land or the cultivation of land) civilizations, society had a need for more stable arrangements. The first recorded evidence of marriage ceremonies uniting one woman and one man dates from about 2350 B.C., in Mesopotamia. Over the next several hundred years, marriage evolved into a widespread institution embraced by the ancient Hebrews, Greeks, and Romans. But back then, marriage had little to do with love or with religion.

What was it about, then?

Marriage’s primary purpose was to bind women to men, and thus guarantee that a man’s children were truly his biological heirs. Through marriage, a woman became a man’s property. In the betrothal ceremony of ancient Greece, a father would hand over his daughter with these words: “I pledge my daughter for the purpose of producing legitimate offspring”. Among the ancient Hebrews, men were free to take several wives; married Greeks and Romans were free to satisfy their sexual urges with concubines, prostitutes, and even teenage male lovers, while their wives were required to stay home and tend to the household. If wives failed to produce offspring, their husbands could give them back and marry someone else.

So when did religion become involved?

As the Roman Catholic Church became a powerful institution in Europe, the blessings of a priest became a necessary step for a marriage to be legally recognized, and that is more or less as it is today. However many marriages don’t involve a blessing but are carried out under the laws of the state.

… when you’re getting married, you’re doing something you don’t know anything about. Did you ever think of that? Hm, did you ever think about it? That’s the one trip, one lifetime sort of a thing, don’t you see? And when you try it a couple of times, why, usually you know less about it the second time than you did the first time.

Now, it doesn’t say that operating manuals haven’t been written for marriages. I know there are several extant, all written by bachelors or people who have not been – like most of the care-of-children-for-the-mother books are always written by bachelors.

The genus of marriage is one of these things that is a big pose on the early track. And that is thetan association. Thetans early on the track very often got the idea that they would mock each other up, you know, as – they would be brothers, or they would be a family or something of the sort, and they would all appear to be related: cousins, sisters, uncles, aunts, mothers, fathers.

Mothers/fathers actually comes later on the track. Earlier it was just thetan brotherhoods. And this pretense at association was something that seldom worked out very well because everybody knew they were just pretending and they knew there was no real familial relationship.

This falsity or the ideas of this falsity actually continue forward into the modern family. It’s very easy to break down a family because there is no relationship in a family except a pretended relationship. Think of it for a moment and you realize that you’re supporting a thing which can’t exist. A thetan was never the daughter of another thetan. No thetan was ever the father of another thetan, no matter what the Good Book says. That’s the truth of the matter.

Now, I’m not saying that marriage is a false relationship. It isn’t. In this society and time, a family is the closest knit, self-perpetuating, self-protecting unit and is necessary economically and otherwise to the society the way it’s rigged at this present time. And who destroys marriage, destroys the civilization. That’s fairly sure.

We can clear up the marriage! And it really goes. All a divorce is, for instance, or all an inclination or a withdrawal is: simply too many overts and withholds against the marital partner. That’s all! It’s as uncomplicated as that.

A further bit of advice given by LRH …

“If we were to try to enunciate the simplest possible rule for happiness in love and in marriage, we might say something like this: The successful sex relationship depends upon man and woman reaching a high degree of agreement on immediate and long-term goals and maintaining that agreement without establishing a CAUSE and EFFECT relationship.

Both individuals must be CAUSE within the sex relationship, or it will degenerate into a mere master-slave relationship or a domination-nullification relationship….

“And how can one individual be the CAUSE of another’s actions without making that other individual into an effect?  Can this be done?