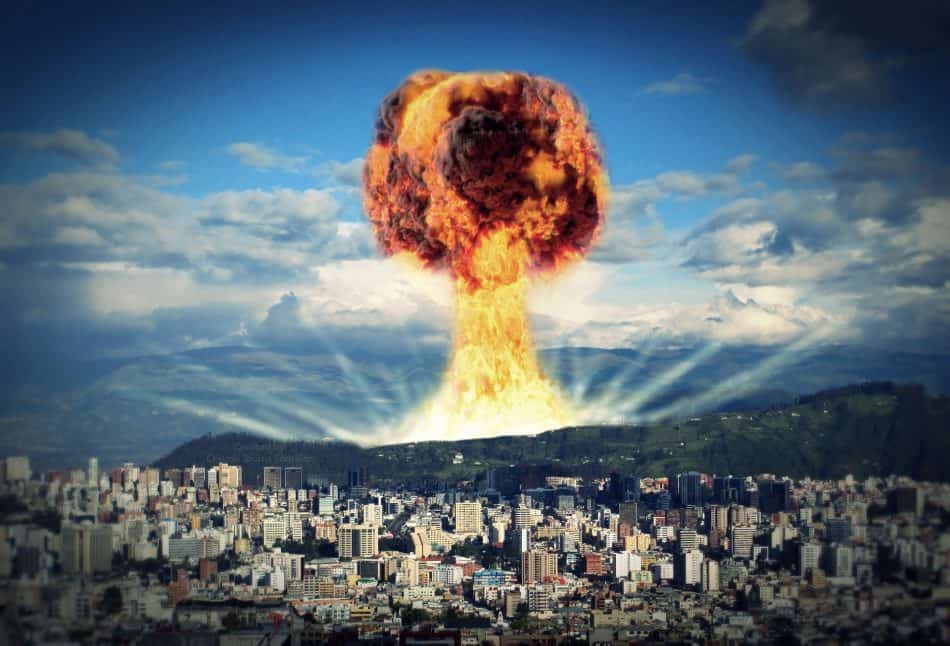 We do not need the “Bomb” to destroy Man. We are doing a good job of it all on our own! Third Party abounds in the World today, as it has done since humans started to talk. People worry about atomic war, climate change and pandemics. Third Party can destroy individuals, marriages, groups, and civilizations.

It is such an insidious tool and so easy to use that we, as a group need to FULLY understand it and know how to spot and handle it as we are very often the effect of Third Party as we move along the road freeing beings.

It is so easy to make a comment to someone about another and the next you know it is all over town! It is so easy today to spread Third Party via Social Media. We need to get into a frame of mind to closely examine what we read and what we are told as truly valid before commenting to another.

Because of the extreme importance of what we as a Group are working to achieve, we need to know and understand this data VERY well. Therefore we have posted Ron’s complete Policy Letter on “THE THIRD PARTY LAW” below:

If Chaldea could vanish, if Babylon turn to dust, if Egypt could become a badlands, if Sicily could have 160 prosperous cities and be a looted ruin before the year zero and a near desert ever since-and all this in SPITE of all the work and wisdom and good wishes and intent of human beings, then it must follow as the dark follows sunset that something must be unknown to Man concerning all his works and ways. And that this something must be so deadly and so pervasive as to destroy all his ambitions and his chances long before their time. Such a thing would have to be some natural law unguessed at by himself. And there is such a law, apparently, that answers these conditions of being deadly, unknown and embracing all activities. The law would seem to be:

A THIRD PARTY MUST BE PRESENT AND UNKNOWN IN EVERY QUARREL FOR A CONFLICT TO EXIST.

FOR A QUARREL TO OCCUR, AN UNKNOWN THIRD PARTY MUST BE ACTIVE IN PRODUCING IT BETWEEN TWO POTENTIAL OPPONENTS.

WHILE IT IS COMMONLY BELIEVED TO TAKE TWO TO MAKE A FIGHT, A THIRD PARTY MUST EXIST AND MUST DEVELOP IT FOR ACTUAL CONFLICT TO OCCUR.

It is very easy to see that two in conflict are fighting. They are very visible. What is harder to see or suspect is that a third party existed and actively promoted the quarrel. The usually unsuspected and “reasonable” third party, the bystander who denies any part of it is the one that brought the conflict into existence in the first place.

The hidden third party, seeming at times to be a supporter of only one side, is to be found as the instigator. This is a useful law on many dynamics. It is the cause of war. One sees two fellows shouting bad names at each other, sees them come to blows. No one else is around. So they, of course, “caused the fight”. But there was a third party. Tracing these down, one comes upon incredible data. That is the trouble.

The incredible is too easily rejected. One way to hide things is to make them incredible.

Clerk A and Messenger B have been arguing. They blaze into direct conflict. Each blames the other.

NEITHER ONE IS CORRECT AND SO THE QUARREL DOES NOT RESOLVE SINCE ITS TRUE CAUSE IS NOT ESTABLISHED.

One looks into such a case THOROUGHLY. He finds the incredible. The wife of Clerk A has been sleeping with Messenger B and complaining alike to both about the other. Farmer J and Rancher K have been tearing each other to pieces for years in continual conflict. There are obvious, logical reasons for the fight. Yet it continues and does not resolve. A close search finds Banker L who, due to their losses in the fighting, is able to loan each side money, while keeping the quarrel going, and who will get their lands completely if both lose.

It goes larger. The revolutionary forces and the Russian government were in conflict in 1917. The reasons are so many the attention easily sticks on them. But only when Germany’s official state papers were captured in World War 2 was it revealed that Germany had promoted the revolt and financed LENIN to spark it off, even sending him into Russia in a blacked out train! One looks over “personal” quarrels, group conflicts, national battles and one finds, if he searches, the third party, unsuspected by both combatants or if suspected at all, brushed off as “fantastic”. Yet careful documentation finally affirms it.

This datum is fabulously useful. In marital quarrels the correct approach of anyone counseling, is to get both parties to carefully search out the third party. They may come to many reasons at first. These reasons are not beings. One is looking for a third party, an actual being. When both find the third party and establish proof that will be the end of the quarrel.

Sometimes two parties, quarreling, suddenly decide to elect a being to blame. This stops the quarrel. Sometimes it is not the right being and more quarrels thereafter occur. Two nations at each other’s throats should each seek conference with the other to sift out and locate the actual third party.

They will always find one if they look, and they can find the right one. As it will be found to exist in fact.

There are probably many technical approaches one could develop and outline in this matter. There are many odd phenomena connected with it. An accurately spotted third party is usually not fought at all by either party but only shunned. Marital conflicts are common. Marriages can be saved by both parties really sorting out who caused the conflicts. There may have been, in the whole history of the marriage several, but only one at a time.

Quarrels between an individual and an organisation are nearly always caused by an individual third party or a third group. The organisation and the individual should get together and isolate the third party by displaying to each other all the data they each have been fed. Rioters and governments alike could be brought back to agreement could one get representatives of both to give each other what they have been told by whom.

SUCH CONFERENCES HAVE TENDED TO DEAL ONLY IN RECRIMINATIONS OR CONDITIONS OR ABUSES. THEY MUST DEAL IN BEINGS ONLY IN ORDER TO SUCCEED.

This theory might be thought to assert also that there are no bad conditions that cause conflict. There are. But these are usually REMEDIAL BY CONFERENCE UNLESS A THIRD PARTY IS PROMOTING CONFLICT.

In history we have a very foul opinion of the past because it is related by recriminations of two opponents and has not spotted the third party. “Underlying causes” of war should read “hidden promoters”. There are no conflicts which cannot be resolved unless the true promoters of them remain hidden.

This is the natural law the ancients and moderns alike did not know. And not knowing it, being led off into “reasons” whole civilizations have died. It is worth knowing. It is worth working with in any situation where one is trying to bring peace.

If there is a group of individuals keeping Mankind and the minds of Man enslaved Third Part is an excellent tool.

And because we need to fully duplicate exactly what classifies as Third Party, we have added the following exerts from:

We know as in the above HCOB that a third party is necessary to any quarrel; basically, it is a three-terminal universe. …

A third party adds up to suppression by giving false reports on others. …

Running this back further, one finds that the real third party, eventually un- earthed, got people shot by FALSE REPORTS. …

This is a third party action which results in a lot of people being blamed and disciplined – And the real third party remaining undetected.

Another case would be a third party simply spreading tales and making accusations out of malice or some even more vicious motive. This would be a usual third party action. It is ordinarily based on false reports. …

The basis of all really troublesome third party activities is then FALSE REPORTS.

There can also be FALSE PERCEPTION. One sees things that don’t exist and reports them as “fact.”