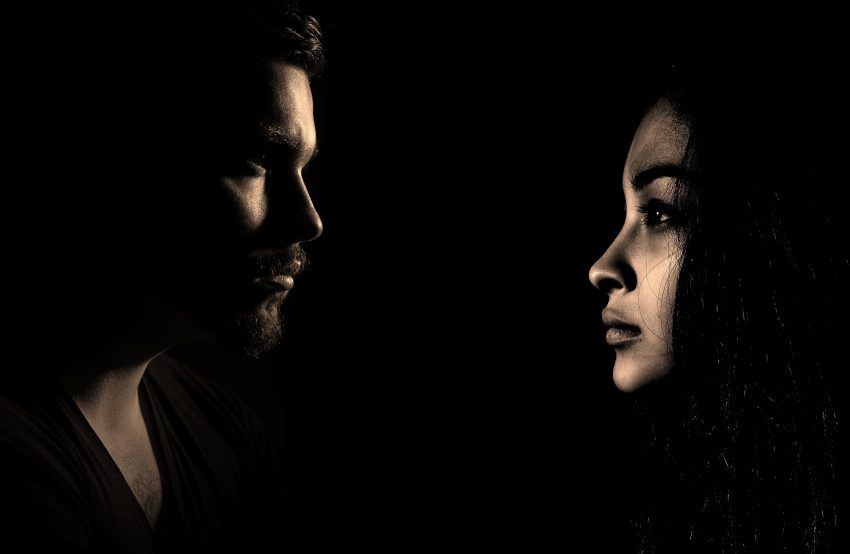 This article is taken from the Advanced Clinical Courses run back in 1957. Those of you who experienced training at that time will recall it was no walk in the park, we had on point instructors and Ron looking over everyone’s shoulders!

We were only going to take extracts from the article, but on reading through it again realized that “obnosis” on the  world around us is needed now more than ever!

So, apologies for a rather long post but it is worth it we think!

“Somewhere in your possession, in your desk, or tucked into a bookcase, are two large pieces of paper. They are covered closely with data invaluable to an auditor. You have pored over them, and quoted from them many, many times.

They are, of course, the Chart of Human Evaluation and the Chart of Attitudes. The data in them is a large part of an auditor’s stock in trade, and every auditor in the world is, in some degree, familiar with them. But how about getting the data off the charts and applying it to life, to some real person?

It’s not hard to do casually, for some acute tone. “Joe was on a 1.5 kick last night.” Sure, he turned red as a beet, and threw a book at your head. Simple. Mary breaks into sobs, and grabs for the Kleenex. Couple of auditors on the scene exchange looks, nod sagely. “Hmm. Grief !”

But how about chronic tone, with that thin, shiny veneer of social tone slicked over it? How sharp and how certain are you about that? Now, take a PC that you are familiar with. What, exactly, is his chronic tone? If you don’t know, you had better read on. If you do, read on, and learn more about it.

Pity. It’s the only way you ever see anything; you observe the obvious. You look at the isness of something, at what is actually there. Fortunately for us, the ability to obnose is not in any sense “inborn” or mystical. But it is being taught that way by people outside of Scientology. How do you teach somebody to see what is there ? there? Well, you put up something for him to look at, and have him tell you what he sees.

That is what is done in an ACC class, the earlier in the course, the better. A student is asked to stand up in the front of the classroom and be looked at by the rest of the students. An instructor stands by, and keeps asking, “What do you see?” The first responses run about like this: “Well, I can see he’s had a lot of experience.” “Oh, can you? Can you really see his experience?’ What do you see there?” “Well, I can tell from the wrinkles around his eyes and mouth that he’s had lots of experience.” “All right, but what do you see?” “Oh, I, get you. I see wrinkles around his eyes and mouth.” “Good!” The instructor accepts nothing that isn’t plainly visible.

A student starts to catch on and says, “Well, I can really see he’s got ears.” “All right, but from where you’re sitting can you see both ears right now as you’re looking at him?” “Well, no.” “Okay. What do you see?” “I see he’s got a left ear.’ “Fine!” No conjectures, no tacit assumptions will do. N or Nor are the students permitted to wander in the bank. For example, “He’s got good posture.” “Good posture by comparison with what?” “Well, he’s standing straighter than most people I’ve seen.” “Are they here now?” “Well, no, but I’ve got pictures of them.” “Come on. Good posture in relation to what, that you can see right now.” “Well, he’s standing straighter than you are. You’re a little slouched.” “Right this minute?” “Yes.” “Very good.”

You see what the goal of this is? It is to get a student to the point where he can look at another person, or an object, and see exactly what is there.

Not a deduction of what might be there from what he does see there. Not something the bank says ought to go in company with what is there. Just what is there, visible and plain to the eye. It’s so simple, it hurts.

Along with this practice in observing the obvious about people, the students receive a lot of information about particular physical and verbal indications of tone level. Things very easy to see and hear, by looking at a person’s body and listening to his words. “Thetan-watching” has no part in obnosis.

Look at the terminal, the body, and listen to what’s coming out of it. You don’t want to get mystical about this and start relying on “intuition”.

Just look at What’s there. As examples: You can get a good tip on chronic tone from what a person does with his eyes. At apathy, he will give the appearance of looking fixedly, for minutes on end, at a particular object. Only thing is, he doesn’t see it. He isn’t aware of the object at all. If you dropped a bag over his head, the focus of his eyes would probably remain the same.

Moving up to grief, the person does look “downcast.” A person in chronic grief tends to focus his eyes down in the direction of the floor a good bit. In the lower ranges of grief, his attention will be fairly fixed, as in apathy. As he starts moving up into the fear band, you get the focus shifting around, but still directed downward. At fear itself, the very obvious characteristic is that the person can’t look at you. Terminals are too dangerous to look at. He’s supposedly talking to you, but he’s looking over in left field. Then he glances at your feet briefly, then over your head (you get the impression a plane’s passing over), but now he’s looking back over his shoulder. Flick, flick, flick. In short, he’ll look anywhere but at you.

Then, in the lower band of anger, he will look away from you, deliberately. You know, he looks away from you; it’s an overt communication break. A little further up the line, and he’ll look directly at you all right, but not very pleasantly. He wants to locate you-as a target.

Then, at boredom, you get the eyes wandering around again, but not frantically as in fear. Also, he won’t be avoiding looking at you. He’ll include you among the things he looks at. Equipped with data of this sort and having gained some proficiency in looking at the isness of people, the ACC students are sent out into the public to talk to strangers and to spot them on the tone scale. Usually, but only as a slight crutch in approaching people, they are given a series of questions to ask each person, and a clipboard for jotting down the answers, notes, etc. They are public-opinion polltakers from the Hubbard Research Foundation.

The real purpose of their talking to people at all is to spot them on the tone scale, chronic tone and social tone. They are given questions calculated to produce lags and break through social machinery, so that the chronic tone juts out. Here 28 ACC are some sample questions, actually used: “What’s the most obvious thing about me?” “When was the last time you had your hair cut?” “Do you think people do as much work now as they did fifty years ago?”

At first, the students merely spot the tone of the person they are interviewing – and many and various are the adventures they have while doing this! Later, as they gain some assurance about stopping strangers and plying them with questions, these instructions are added: “Interview at least 15 people. With the first five, match their tone, as soon as you’ve spotted it. The next five, you drop below their chronic tone, and see what happens. For the last five, put on a higher tone than theirs.” What does an ACC student gain from these exercises?

A willingness to communicate with anyone, for one thing. To begin with, students are highly selective about the sort of people they stop. Only old ladies. No one who looks angry. Or only people who look clean. Finally, they just stop the next person who comes along, even though he looks leprous and armed to the teeth.

Confrontingness has come ‘way up, and he’s just somebody else to talk to. They become willing to pin-point a person on the scale, without shillyshallying. They say, “He’s a chronic 1.1 Social tone 3.5, but real phony”. That’s the way it is, and they can see it. They also become quite gifted and flexible at assuming tones at will and putting them across convincingly.

Very useful in many situations, and lots of fun to do. They grow adept at punching through a comm lag in an informal situation. At sorting out apparencies from realities. The rise in certainty of communication, and in ease and relaxation of manner while handling people, in the students who have been run through this mill, is something which must be seen or experienced to be believed.

The one most often repeated request in every ACC Unit is: “Can’t we please have some more obnosis this week? We haven’t had enough of it yet.” (This statement is very funny to the ACC instructors, because these same OBNOSIS AND THE TONE SCALE students said at the beginning, “If you make me go out there, I’ll walk out on the course.”)

Obnosis is quite important and should be learned as thoroughly as possible by all Scientologists”.
L Ron Hubbard (1957) Preparatory Manual for  Advanced Students In Scientology