Some of the current Ron's Orgs 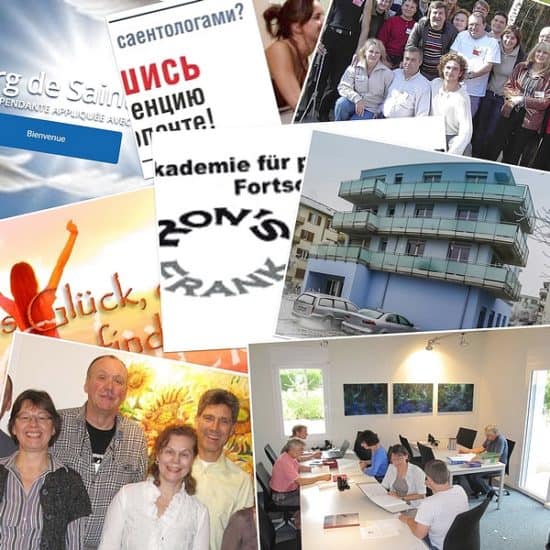 Discover what Ron's Orgs really are!

The complete Bridge is now available at affordable prices for everyone who wishes to travel it.

Each step is delivered, starting with the Grades and Dianetics auditing and up through all the Operating Thetan (OT) Levels including the L’s Rundowns.

A Ron’s Org is a pleasant and safe environment where everyone can move forward on the road to Clear and Operating Thetan with a lot of love and support. It is now possible for anyone to take advantage of the original materials of L. Ron Hubbard without alterations, and without unnecessary financial and mental pressure while studying.

A very important part of Scientology is training. Producing many well-trained Auditors and C/S’es is the only way that we can insure that this unique and valuable Technology will not be lost.

Therefore, the course room is the heart of the Organization. Auditors and C/Ses are trained in a safe and encouraging environment. All Academy and Administration Courses can be studied. Supervisors are also trained as Auditors and care for students with great understanding. The main focus is on the delivery of Auditing and Training.

The RON’S Org (Ron’s Organization and Network for Standard Technology) was founded in 1984 by Bill Robertson in Frankfurt. We are not registered as a religion, and we are not a church. We are simply registered as a business.

Many wonder why we continue to use the word “Scientology” and not just create a new name; it is very important for us to communicate from the start in an open and honest way. What would someone think, after some time, if they were to discover that the origin behind this broad knowledge is attributable to L. Ron Hubbard? For more understanding about us, read the Mission Statement of the Ron’s Org.

Scientology is an applied philosophy that has its roots in the principles of Buddhism and other Eastern philosophies while providing a more suitable application to the Western world.

Scientology is a philosophy of knowledge aiming to offer Man the means to find himself.

One must distinguish between the original Scientology teachings and what is called the Church of Scientology . In the same way that one can clear differentiate between Christianity and the Inquisition. The manner in which the Church of Scientology has treated the philosophy of L. Ron Hubbard is unfortunately very sad. It seems that a technology that can bring such power and knowledge to mankind will also encourage weaker human beings to feel threatened and to badly exploit that technology.

Since this vast knowledge has enriched our life, we would like to pass it on and share it with others.

Today, there are over 25 independent Centers, from Alaska to Buenos Aires, from Europe to South Africa, in Israel, and through Russia to Taiwan. Currently these Centers are very active and deliver a large number of services to the public.