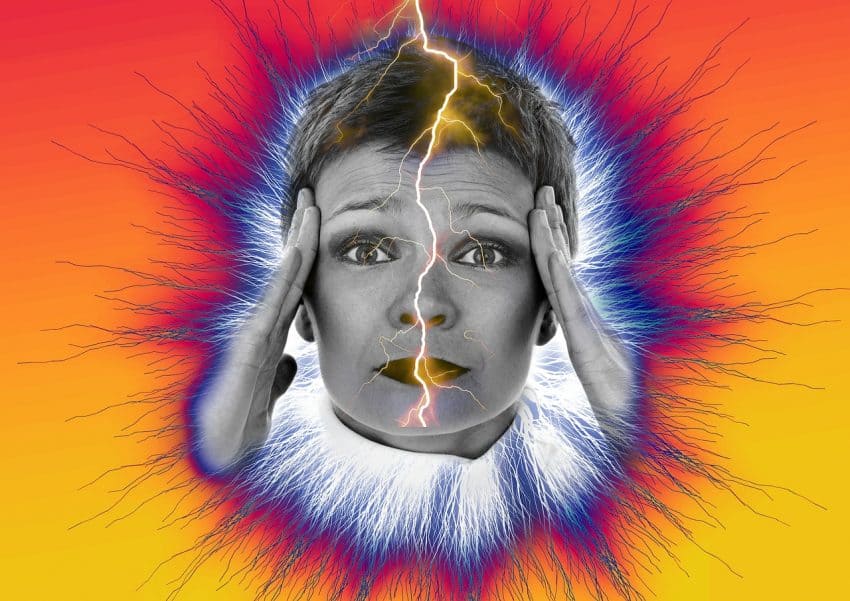 As Auditors we know the importance of handling the “Suppress” button in a session. A child hurts himself and starts crying. Mother says, “Stop crying Jonny, big boys don’t cry”, in other words stop it, suppress it! As Auditors we know how false this datum is, get off the suppress and see the person change!

…Now, when an individual is in pain, agony, and so forth, he is trying to stop it from hurting. Now, there’s a gradient of it known as “careful of.” I was checking things over, and it’s a gradient on Suppress. In other words, “If I just keep myself sufficiently ‘carefulled’—in other words, ‘suppressed,’ why, I’ll be all right.”

Now, the individual in handling pain or mental problems, puts it away. He says it doesn’t exist.

This is an interesting way of handling life. You could imagine somebody living out in the jungle and an elephant comes up to the door and starts kicking the door down and this fellow has studied Kismet (Kismet: fate, destiny) or some such philosophy and he knows the right way to handle things. He just says, “All materialism isn’t.” “That elephant ain’t.” And after they’ve taken a spatula and scraped this fellow off the floor, he still doesn’t learn that this philosophy is not the best philosophy.

Well, it’s probably the worst philosophy anybody could possibly have, because it makes unavailable everything and makes everything hurt like the mischief. But then, we have another maxim in Scientology: That which is not admired tends to persist. So, it’s probably the least admirable philosophy [to suppress] that man has developed. So, of course, everybody uses it.

Bing!—and then nothing, nothing, nothing. See? She’s got it made. It’s the perfect way of becoming miserable. If you want to have your whole past kick your head off, forget it. That’s the best possible way.

…Now, this is, by the way, residual in hypnotism. The hypnotist uses this, and of course we don’t use any hypnotism in Dianetics or Scientology. But knowledge is knowledge, and the hypnotist knows this very well. He knows how to put a compulsion in on somebody. He tells it to him and then makes him forget it. And then after that, it goes off like an automatic button. So, if you want to put a person on total automatic so that he can be restimulated at any time by anything, all you have to do is make him suppress.

All right. So, this individual is in an automobile accident. Now, if he didn’t suppress things, a little while after the accident, this memory of pain would run out, and it’d just flow away. He’d heal up. We’ve proven this many times. He’d just heal up in short order.  This is because the suppression is off of it. That is the main thing that has happened there—the suppression is gone, that’s all.

In other words, this individual would get well if he didn’t suppress. He has an accident. During the accident he suppresses everything that’s happening, suppresses all the pain that’s happening in the accident. And doing so, he, of course, arrests time on the time track—he stops time. He suppresses time as well as anything else, and that, may I call to your attention, is part of the physical universe: matter, energy, space and time. Well, if he’s going to suppress matter and energy and other things, he’s also going to suppress time. So, he “stops himself on the time track” and he stops himself right in the accident.
L. Ron Hubbard – Suppression and Pain E020962

1 thought on “Suppression and Pain”