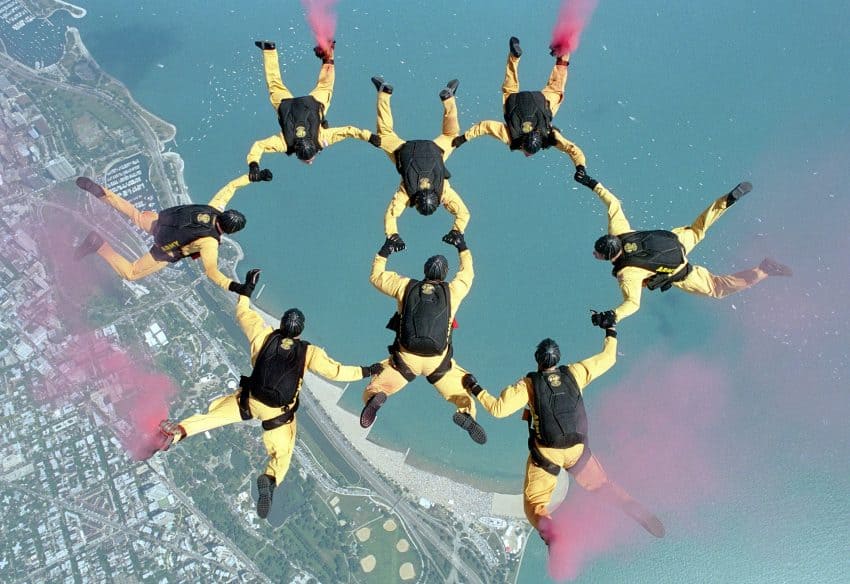 Groups can so easily become separated into smaller cliques that criticize and natter about other group members or their leaders. Of course, this can be very destructive and tear a group apart causing it to struggle to survive.

In an earlier article we referred to this reference:

Joe natters about Pat, then about Sue – Result = Pat and Sue in Conflict.

“A third party adds up to suppression by giving false reports on others.” (HCO PL 24 Feb 69)”

The truth is that to create a successful group it takes “A spirit of goodwill, cooperation and teamwork.” (HCO PL 20 Aug 70 II)

It needs a strong, ‘In ARC Team’ to make this possible.

“A business or company or organization implies others are present and are engaged in a similar activity. It is a team.

Good coordination of team effort results in high ARC. This is called “team spirit, morale, esprit,” etc. But what it is in fact is agreement and understanding within the team so they can each forward the general purpose of the group. Confidence in the group by each individual part of it is built with the above factors. Out of that one can achieve meaningful and worthwhile production.

Without it one gets various versions of catastrophe. The “hey you” organization, the one-star team with everyone else on the sidelines inactive or confused – There are many aspects of a lack of coordination.”
HCO PL 1 JULY 1982 Admin Know-How Series 41 – MANAGEMENT COORDINATION

LRH describes the third dynamic as another triangle that works in a similar way to the ARC triangle:

“People are A, Service is R and Funds is C. Sort of a solid ARC triangle.” 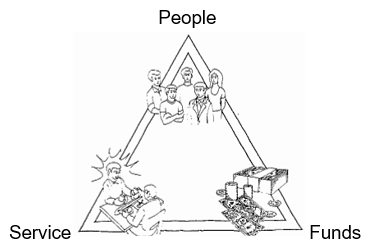 “It seems to work that when you drop out people, you drop out service and you drop out funds. An org that dismisses staff to save money drops service and winds up with a high debt … push up numbers of staff, push up service and the money rolls in. There is a contrary fact. Governments use tons of people, absorb tons of funds and give no service and are largely out of ARC.

So, it isn’t just numbers of people that made the A.  “People” probably needs a special definition. It may be “beings” or “productive individuals” or people in affinity with each other.” LRH – OODs 6 Aug 70. (Orders of the Day)

As LRH says, the success of any group depends on “having stable leadership” and team members “who are enthusiastic about their jobs, have high morale and are continually training” and who “as a unit work with tremendous team spirit.”

“A team has a tendency to know what the other team members are doing and thinking and coordinates. That is a definition of a team. It is people who cooperate one with another to push forward a common purpose and they normally get along great.”
LRH Lecture (691OC17 SO)

And when there is NO THIRD PARTY and great teamwork a group will flourish and grow.

“It is made up of associated individuals who have an agreed upon goal or intention. … it will make progress to the degree that it stays in agreement … meets new threats to its existence … holds its form and so it will survive.” (SH Spec 77, 6608C23)

“Organization depends utterly on the ability of the individuals of the organization to stand up to, confront and handle what comes the individual’s way. … Confidence in one’s teammates is another factor in organization survival … It is respect, demonstrated competence, and being dependable.” (OODs 10 Nov 71)