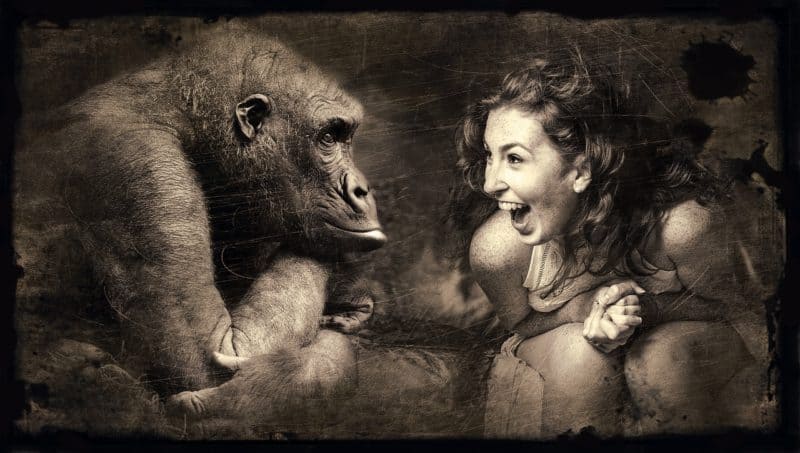 Confronting is a tricky thing. We covered it from the Auditor training protective in Post #23 – “023 – Why the TR’s?” All that LRH said there still applies in general life and livingness. To create an effect, to produce a product, to live life you have to confront.

There are two main definitions of confronting when you Google the word:

In the world today the first definition of confronting appears to be what most people work on in interpersonal relationships. Not that it is unimportant to handle the HE&R (Human Emotion and Reaction) of people, but the second definition is just as important when handling the environment. A person who cannot confront getting out of bed to face the day, those who can’t confront fixing the tap that has been leaking for the last month, etc. etc. They are having a hard time. Per LRH …

Examine people who seem to be very much alive, who are on the ball, who are interested, who have a ready, quick intelligence, and you will find that they also have a lot of energy, yet are very relaxing to be with. When they look at you, they see you. You do not get the feeling of being looked through as if you were not there.

This is what we mean by confronting. Being there and facing up to people and situations easily, without discomfort or effort; that which a person can confront he can handle. The first step of handling anything is gaining an ability to face it. – This is tape recording number 7510C22 HAS AMT-1. Copyright 1975 by L. Ron Hubbard

People confront the environment via the electronics of TV, the news channels, cell phones etc. Hardly anybody just “Looks and sees (confronts) what is in front of them!

Remember … That which a person can confront he can handle. The first step of handling anything is gaining an ability to face it … to master it … to be cause over it and no longer weighed down by the effect of it.

The following from LRH is so true of the world we live in today!

And you get your standard Homo sapiens vacant eye as he walks down the street. It’s quite interesting. It was a very lovely cool day this afternoon. There were some people walking down the street, some people driving, and there was one lady who was – had a little boy in a little cart. And these people were oh, going along totally vacant-eyed, driving vacant-eyed, walking that way, they weren’t seeing anything around them.

All of a sudden this woman who had the little boy on the cart, very smartly and properly, with a great feeling for weights and balances, pulled the tongue of the little cart up and catapulted the little boy out on his behind onto the pavement, with a crash. Instantly traffic jammed. The kid wasn’t even hurt. He was crying a little bit. He wasn’t even hurt. But all the cars that had been in motion stopped. All their passengers were pop-eyed onto this terrifying scene. Everybody who was walking stopped. And where there had been no crowd at all, there was instantly and immediately not only a crowd of people but automobiles too. And that’s pretty hard to do.

That was worth confronting. But the streets and trees and the nice cool day was not worth seeing. You got this? The ingredient of blood-curdling drama was added. But when the little boy wasn’t hurt and he shut up, looks of disappointment were on all faces, and the crowd dispersed quietly to the vacancy of other blocks.
Confronting – A lecture by L Ron Hubbard given on 8 August 1957