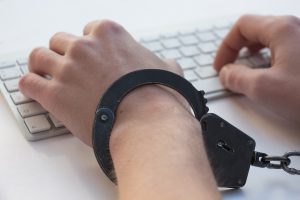 The content of this weeks Post is not an LRH Article but it is very much aligned with his Tech and Philosophy. Came across this the other day. It is quite an eye-opener, and gives a good idea how the Suppressives  are operating…

Because of rising stress, more and more of us are seeking an escape, and there are more and more avenues of addiction to turn to. Addiction itself dramatically increases stress, resulting in a nightmarish vicious circle.

The increase in the number of addictive lures isn’t just random. Brilliant minds around the world are working to enhance the addictive properties of numerous products. The result is that even though addiction is at unprecedented, epidemic levels, it only shows signs of increasing. Neurosis, depression, anxiety, and addiction afflict a higher percentage of the population than ever before.

The alcohol industry, the gambling industry, the tobacco industry, the drug cartels, and many others have long done whatever they could get away with, to better addict their customers. Then designer drugs came along, offering more potent, faster-acting highs that make them more addictive than ever before.

But it goes far beyond substance abuse. Over the past few decades, we’ve invented entirely new classes of products. Products that lead to what is called behavioural addiction. Gambling has always been highly addictive, but now we have gambling online. No need to travel to underground gambling dens or seek out the glitter of Las Vegas. Now you can become addicted and lose your life savings from the comfort of your own home.

That’s only the beginning. The internet may be mankind’s greatest tool, but it’s also our most dangerous gateway to behavioural addiction. With cell phones being its most potent delivery vehicle. Now we have a wide variety of addictive products and activities that never existed before. Online pornography. Texting and emails. Virtual reality. Facebook, Instagram, and TikTok. Cable and internet news that never sleeps. Video games. Numerous streaming services with endless bingeable offerings. And advertisements. Everywhere. Finely tuned to your exact interests. Chasing you wherever you roam. We’ve gone from the simple, nomadic lifestyle we were evolved to thrive in, working in harmony with close clan-mates, to being plugged in every moment we’re awake.

Then while plugged in, we’re bombarded with advertisements, social media, and previously unheard-of products, each tailor-made to set a hook in our cheek and reel us in. An entire world vying for our clicks and eyeballs.

It’s a sinister, many-tentacled monster. This army of experts is relentless in optimizing their latest product offerings for addictability. And they don’t care at all about the impact to our lives, well-being, or psyches. Their efforts are insidious.

Do you know why you aren’t charged to use social media platforms? Because you aren’t the customer. You’re the product. Meaning these companies are selling you. Data on every aspect of your lives. Your every purchase, every utterance, and so on. We’re now immersed in what’s being called “The Attention Economy”.

Because the real end game of so many corporations and tech titans is to capture your attention. To addict you so you can be precisely targeted by advertisers, politicians, and others who want to influence or manipulate you. Turning you into a puppet.

The people responsible for it all are well aware of the devastating consequences of their work. Many have come out and apologized, acknowledging the insatiable monster they helped create. And not by accident. They took what generations of scientists learned about what makes things addictive and put it all into practice. Then they conducted thousands of experiments on millions of users to optimize the irresistibility, the addictability, of their products. They perfected sound cues when you get an email or text, little Pavlovian bells that indicate you might have a like, or a message from a friend, or some other surprise waiting for you, which is irresistible. All manner of push notifications that herald unpredictability. You have to look to tell if you’ve received something you’ll like, or hate. A positive or negative. Scientists and slot machine makers alike have learned just how important this is in the addiction equation.

The scholarly term is “Intermittent Variable Rewards”. Which simply means that unpredictability has great power to addict. Because we have an innate evolutionary compulsion to know. Is it something good or bad? Does it bode well, or is it a harbinger of doom?

It’s been well documented that many of the tech titans at the helm of these products severely restricted their use within their own families.

Basically, they followed the creed of successful drug dealers—never get high on your own product. Steve Jobs sold countless iPads but refused to let his own kids use them. Same with Evan Williams, a founder of Twitter. Greg Hochmuth, one of Instagram’s founding engineers, likened the product to a living organism capable of taking on a life of its own and fostering obsessive behaviour. Justin Rosenstein invented the ‘like’ button on Facebook but came to despise the negative impact that it’s had, made worse by the fact that every other platform quickly adopted its equivalent. He claims he didn’t intend to hijack the brain’s social reward system, but realized only later that he did just that.

Tony Fadell, who helped design the iPhone, has spoken at length about how he wakes up in a cold sweat since realizing what he’s unleashed upon the world. Almost four billion people worldwide own smart phones, and the vast majority of these are much more addicted to them than they realize.

How many of us spend more than two hours a day on our phones? More than four hours? How many people can’t help but check their phones while they’re driving, shopping, on a date, and so on? And compulsively returning text messages rather than engaging with the people in front of them.

Fadell has said his true epiphany came when he tried to take phones away from his own kids, and saw their emotionally charged reactions, their powerful psychological withdrawal symptoms.

Something with which almost every parent is now quite familiar. Have you ever tried taking a phone away from a teen, especially for an extended period? Good luck. You’d get less pushback, less panic, if you tried to amputate one of their limbs.

Endless studies have shown the same, a significant percentage of us would give up almost anything before giving up our phones. Friends. Our dogs. Showers. Sex. Chocolate. That’s how powerfully we’re trapped by our phones, and all the addictive goodies these devices keep at our fingertips.

When it comes to the internet, cell phones, and other behavioural addictions, the numbers are truly immense. Probably half the population. The average smart phone user now spends over three hours a day on this device. When it comes to our kids, the rate of phone addiction is even higher. Much higher. In some ways, it’s nearly universal. Many parents insist their children keep this addiction device with them at all times. They’re thrilled to be able to reach their kids every single second of their lives, and track their every movement.

The word addiction is from the Latin, its original meaning is “enslaved by or bound to”. Which sums things up nicely. When you enjoy a substance or behaviour in moderation, one that brings you pleasure and does you no harm, that’s healthy. When you become enslaved by your phone, opioids, or Twitter on the other hand—even as they’re ruining your life—that’s addiction.