I think many of us have had the experience of being disciplined by parents who did not have the slightest idea of what their actions were *keying-in on their children! (*Keying-in – A moment when the environment around the awake but fatigued or distressed individual is itself similar to the dormant engram. At that moment the engram becomes active. It is “keyed-in” and can thereafter be dramatized. (SOS, Bk. 2, p. 136).

Being shut in a dark room is a very unpleasant experience for a child. I can vouch for this personally and from Preclears I have audited over the years who have suffered this experience as being very aberrative for them as a childhood incident. 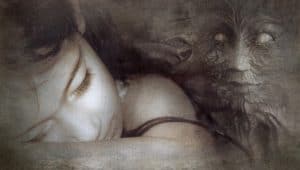 On this subject Ron Says…

“You mean, if the child wakes up suddenly, it’s not supposed to be able to orient itself along its suppositions the way it should? In other words, all a black room does to a child is inhibit him from orienting himself in the manner of a rapid awakening. And I myself have been sufficiently often discombobulated by waking up in strange places and, because of an absence of light, not being able to instantly orient myself; I know what the sensation is very plainly. It’s quite an interesting sensation.

“All day long you depend on light and lighted objects to orient yourself.

And you go to bed at night and you turn out all the lights and then you have no orientation if you wake up suddenly, so that you give yourself a nice moment of being lost. Otherwise, you’re not lost when you wake up.

“And you turn on a light in the kid’s room (not too bright but bright enough so that he can see where he is) and he actually will wake up a little bit, a tiny little bit-some noise or something-and he’ll see where he is and he’ll go back to sleep.

“If there’s no light present, he wakes up, he tries to use his accustomed method of perception and orientation, which is sight, and he doesn’t know where he is. So he becomes terrified. He feels lost, he becomes terrified, he begins to scream, he has to go find somebody. He can’t account for this, so he now dubs in a nightmare, mocks-up a false series of orientation-points-because a thetan would rather be anywhere than nowhere-and the parents, of course, have to get up and so on. So we can assume parents that do this sort of thing just want more randomity. There’s no sense in it.

“Of course, night lights are expensive, they cost over sixty-seven cents and about-they cost more than a nickel a month to run. I’ve noticed this great insistence on the part of some people, though, of making a child sleep in a dark room and they seem to be obsessed with the idea. Well, they are simply obsessed with the ideas of lightness and darkness.

As we have stated previously on this Blog: “It is easier to grow strong children than fix broken man and women!” As can be seen from LRH’s quotes to do the right thing is not difficult, time consuming or expensive. It does not require medication, drugs or the identification of a myriad of “psychological” disorders to be identified, analysed and handled.

Start out right and the road is not too difficult. But if you are trying to pick up the pieces of a bad and chaotic start you may require assistance. (We would be happy to point you in the direction of a reputable Scientologist or Scientology Group (NOT part of the church). Send an email to johndale942@gmail.com and ask your questions.

The outdated, rigid, drug prescribing education system around the world today has much to answer for regard to aberrating our children! (We refer you to the Posts published last month; Youngsters today are getting a raw deal! (2nd January 2018) and More on education ….. (6th January 2018).

And as LRH states on the subject of children, “Today’s children will be tomorrow’s civilization” …

“Today’s children will be tomorrow’s civilization.

“Bringing a child into the world today is a little bit like dropping one into a tiger’s cage…. the contemporary society is tailor-made for a child’s failure….

“What does have a workability is simply try to be the child’s friend.  It is certainly true that a child needs friends.

“Try to find out what a child’s problem really is and without crushing their own solutions, try to help solve them.  Observe them — and this applies even to babies.  Listen to what children tell you about their lives.  Let them help — if you don’t, they become overwhelmed with a sense of obligation which they then must repress.”

We will be publishing further Posts on children, for after all, a good future or a bad future depends to no small extent to the children of today taking us there … 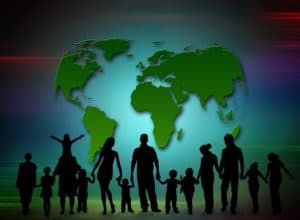 “A child requires understanding and a child requires assistance in controlling the environment around him which is already too big, too strong, and is moving much too fast on him.  He has to be set a good example of 8-C.

I am not now talking about heavy discipline.  I’ll show you the shortness of discipline.  How many people have told you to be a good boy or a good girl, and when you were a good boy and a good girl, they never came to you and said, “Thank you for being a good boy or a good girl.” I almost startled little Quentin out of his wits a couple of evenings ago.  I told him to be a good boy now and go to sleep.  He was feeling upset.  “Stay in bed now, get some rest.” He was very quiet for a half an hour.  I went downstairs again and noticed he was still awake, and I said, “Thank you very much for being a good boy.” He smiled, looked sort of dazed – it really shook him.  And ever since then he’s been saying – he always says it with enthusiasm, but with this he just about bursts the walls — “HELLO DADDY!” He’s really in communication.  Probably the first time it’s happened to him in seventy-six trillion years.  You get the idea!”

We would also love to hear of any wins or successes you have had with the handling of children. Post these on our “Wins and Successes with the Tech” page.

3 thoughts on “The Dark Room”