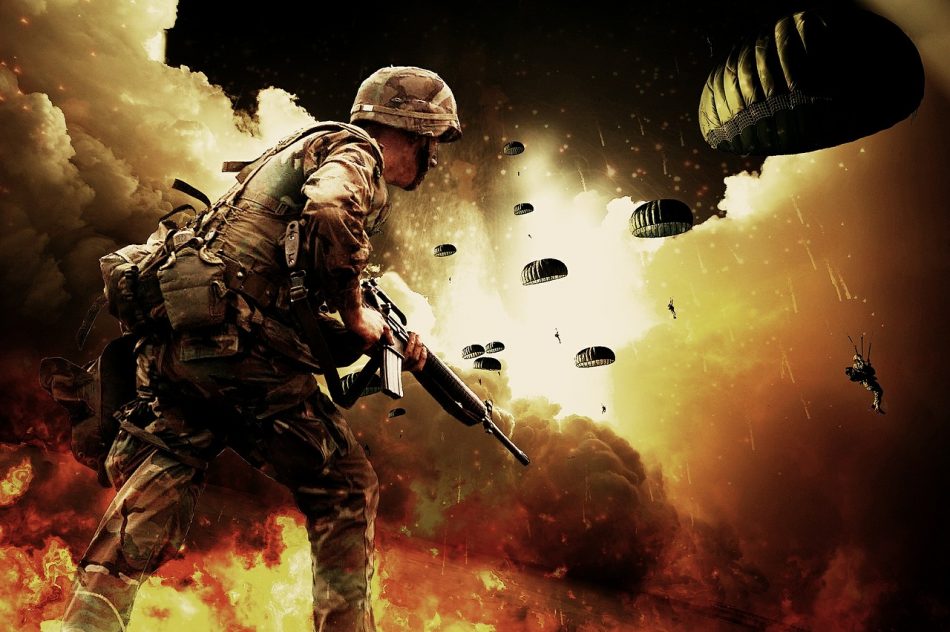 Has World War 3 started, and nobody noticed? The deterioration in freedom is very insidious. If there was ever a time to get the Tech studied, it is now. With Christmas breaks coming up the opportunities are there to Drill and Study. Knowing the Tech will protect you, Not necessarily the body, but You the Being.

“Large armies are maintained not to restrain aggressors but to keep populaces in place.  That is the real reason armies are maintained, although they are usually pointed outwards with a state department creating enough commotion on the outside of the borders of the country to make it seem reasonable.

“I admit that some men occasionally will become afraid and will become totally gripped by the belief that there is menace in every fellow man. I admit that a human being can become so aberrated as to constitute a menace to the bulk of the society and that in such a case it is necessary to reacquaint him with society.  But I will not admit that there is a naturally bad, evil man on Earth.

“It’s a very amazing thing that the only men I have found in this society or any society who were dangerous were cops.  And they have uniformly been afraid — they’re nervous….

“A state caves in along the bridge that connects it with its lower elements.  That bridge is police.  The police become criminal and then turn on the citizen.  And only the police or people who were so turning would be interested in redefining the words of the Constitution of the United States.  Only those people would be interested in redefining those words, because the rest of the people wouldn’t be that afraid.

“When you have to reduce liberty, it means you must be scared….

“They wouldn’t understand the society because they’d have to look at it first.  And they don’t look at the society, and so they believe that criminality and insanity bring about the absolute necessity to create a police state to redefine liberties to keep the ordinary citizen under careful wraps because he’s liable to explode at any moment and tear them to pieces.” LRH, taped lecture “The Deterioration of Liberty”, tape transcript pages 9-28.