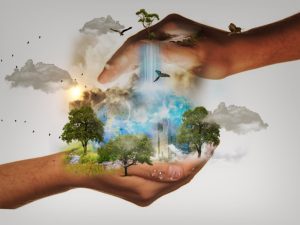 In their learning about and study of the Dynamics people run into quite a bit of confusion as to which Dynamic the body sits on. This is understandable for people new to the subject and for those brought up in the discipline of the “Man is mud” theory and that you are your body and the idea of “spirit” is a fringe belief.

THE FIFTH DYNAMIC-is the urge toward existence of the animal kingdom. This includes all living things whether vegetable or animal. The fish in the sea, the beasts of the field, or of the forest, grass, trees, flowers or anything directly and intimately motivated by life. LRH

However, as an individual moves up his Bridge into higher states of understanding it is easy for them to understand why the Body is placed on the Fifth Dynamic and the Being himself on the First Dynamic. LRH is very clear about this:

This is an excerpt from Ron’s C/S for a pc on Expanded Dianetics (XDN) and having EXCHANGE BY DYNAMICS run on them:

Have him draw a big chart of numbered dynamics …

“The individual is divisible (separable) into three parts (divisions).

The first is the Spirit, called in Scientology the Thetan.

The second of these parts is the Mind.

The third of these parts is the Body. …”

The thetan (spirit) is described in Scientology as having no mass, no wavelength, no energy and no time or location except by consideration. The spirit then is not a thing. It is the creator of things.”

The body is a thing. And it is a thing that is separate from the thetan. It is another life form and one of his possessions. Therefore we can see why Ron says that the body is not his First Dynamic, but instead, that it is part of his own Fifth Dynamic.

And so Ron says the FIFTH DYNAMIC consists of:

The Fifth Dynamic is vital to our survival on this planet and one does not have to look very far to be informed of serious destruction happening on the Fifth Dynamic … “Grasslands are sadly being threatened by human impacts … They are disappearing due to dividing up the land for farming and urban development … and Humans can effect the ecosystem in a negative way by pollution, waste dumping, over hunting of animals, over fishing, industrial gases, energy use and not using …”

The Dynamics are interdependent, no one can step away from the others and declare “It has nothing to do with me” … as stated by LRH in the paragraph above.

“No man is an island”. This expression is a quotation from John Donne’s Devotions (1624): “No man is an Island, entire of itself; every man is a piece of the Continent, a part of the main.”

As LRH says in “The Way to Happiness” …

Man has gotten up to the potential of destroying the planet. He must be pushed on up to the capability and actions of saving it.”