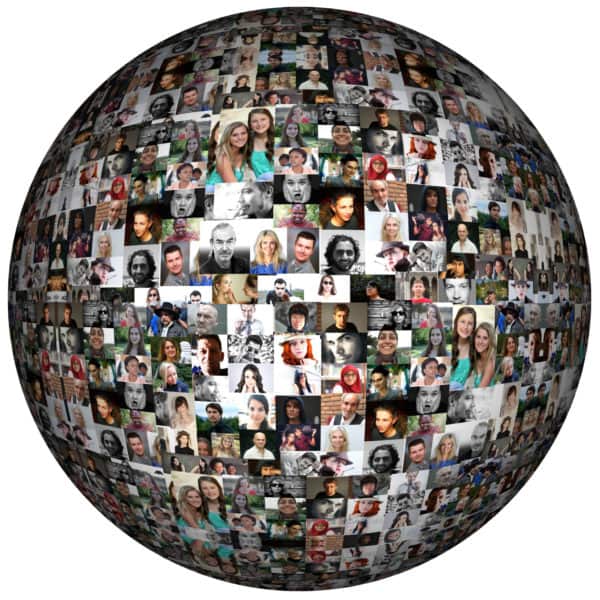 Earth is not a happy place when one starts looking at the condition and the stats of Mankind.

A New York Times article claims that: War is defined as an active conflict that has claimed more than 1,000 lives. Of the past 3,400 years, humans have been entirely at peace for 268 of them, or just 8 percent of recorded history. At least 108 million people were killed in wars in the twentieth century. Estimates for the total number killed in wars throughout all of human history range from 150 million to 1 billion. War has several other effects on population, including decreasing the birthrate by taking men away from their wives. The reduced birthrate during World War II is estimated to have caused a population deficit of more than 20 million people.

The Institute for Economics and Peace (IEP) states, in their latest study, that just 11 countries in the World were not involved in conflict of one kind or another.

The only ones to achieve the lowest score for all forms of conflict were Switzerland, Japan, Qatar, Mauritius, Uruguay, Chile, Botswana, Costa Rica, Vietnam, Panama and Brazil. Ref Global Peace Index web site.

“Democracy is probably the best political theory, workably, that has been introduced over the last twenty-five hundred years. And the only reason it doesn’t work is because you can elect some startlingly beautiful man whose hair is silver and whose voice is beautiful, and the ladies dive overboard for him, and you find out you’ve elected one of the lousiest crooks that anybody – everything – ever had anything to do with. That’s happened in American history. Well, it could only happen, and America could only be subverted, if people in key positions had too much to hide – who could be blackmailed, who themselves could be turned into rabid revolutionaries against the better good of their people by simply not being able to speak clearly and openly to their people and tell them what they should. No, as long as you have criminals in governments, you’re going to have trouble. You’re going to have lots of trouble.” LRH

“State of Man Congress Lectures – January 1960, Washington, D.C.” from tape #7 “Zones of Control and Responsibility of Governments”. Page 73 of transcripts

“The character of this planet and the population hereon makes it practically impossible to do anything with this planet….”This planet is part of a larger federation…

“… they specialize in this fellow who will conform.  Now, he ordinarily is a worker who is content to draw wages and not do another single, blessed thing – you know, never really get up, improve his lot, you see, and keep on plugging along somehow, or even slump into indigence.  He’s still their choice of personnel.  So this leaves the brilliant artist, the brilliant engineer, the manager, the genius, the criminal, the pervert, non-persona grata.

Definitions: Indigence: poverty and non-persona grata: usually persona non grata, a Latin term meaning an unacceptable or objectionable person; one who is not welcome.

“And they sentence these people – the upper class (that is to say, the brighter gent) because they can’t control him and they’re afraid of him, and the lower class because it’s too vicious even for them – and they condemn these people to perpetual amnesia; ‘Dead forever,’ they call it – the problem of killing a thetan – and wrap them up in mothballs and ship them down here, and here we are.  And that is the population of this planet.

“All right.  Here’s a population, then, of minimal workers, maximal managers, artists, geniuses, criminals and perverts.  What you going to make out of this lot, huh?” –

To confront head on and honestly what is going on concerning this Planet is no easy task. However we do have the tools to change beings, tools for beings to improve and change themselves. It is good to fully know what we have and to use it.

“The social personality naturally operates on the basis of the greatest good.

“He is not haunted by imagined enemies but he does recognize real enemies when they exist.

“All men have committed acts of violence or omission for which they could be censured.  In all mankind there is not one single perfect human being.

“But there are those who try to do right and those who specialize in wrong. …

As Scientologists we need to do everything we can for the good men and women of this Planet to make it a better place. To save the Planet we have to start with assisting and saving the people of this Planet with the Technology we have at our disposal!

“Ideas and not battles mark the forward progress of mankind. Individuals, and not masses, form the culture of the race.  …Actors and other artists work continually to give tomorrow a new form….  A culture is as rich and as capable of surviving as it has imaginative artists….”

1 thought on “The Fourth Dynamic – Mankind”