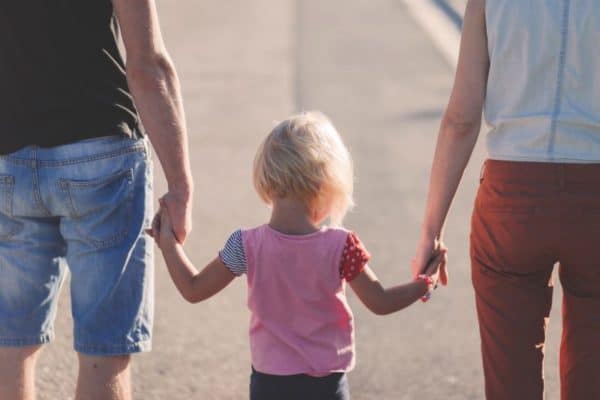 The impact of the Second Dynamic upon our lives cannot be understated! We live in a very confusing world! Families in today’s modern world look much different from the way they did just a generation or two ago.

The ideal scene of mom, dad, and two or three children living happily down the street in the house with the white picket fence with climbing roses is not generally the scene today. It is a very confusing time for children and parents alike compared to 50 years ago – Divorce, single parenting, stress of earning a living etc. all impacts heavily on the Second Dynamic.

LRH has always considered communication to be a vital part of the Second Dynamic.

The Second Dynamic is man’s urge toward survival as a future generation.

Through sex he creates other individuals, expressing through children the urge to survive. Past therapies and philosophies dealt exclusively with the Second Dynamic, attributing every motive man had solely to sex. These philosophies and therapies decayed with the passage of time. Because they attributed all evil to sex and declared sex to be evil, their proponents did not procreate and so are not with us anymore. All Possible Aberrations – From a Lecture by L. Ron Hubbard September 1951 – Vol I – Page 158

The pressures of modern times can make living together as a married couple extremely difficult. However it is vital for the sane growth of the children and future generations. The following stats give some indication of the problems being faced…

MARRIAGE: The willingness to take responsibility for somebody other than yourself is at the root of every successful marriage. Page 227

As Auditors, and generally assisting people with Scientology, how often has a 2D situation had to be handled? But that is what we are here for is it not, and as is so often said … “Something can be done about it!” (Using Scientology Tech).

MARITAL PROBLEMS: If you have ever done any patch-ups of this sort of thing where it has all gone to pieces, and taken the wife and the husband, … and gotten them to get off some of their overts, you would be fascinated at the lack of actual viciousness contained in those overts. … They were upset because they couldn’t help the other one. … because they thought they hadn’t  ‘done the other one right’…. because their plans to further longevity had gone astray.

… They started to pile up overts right after they decided it didn’t matter because it couldn’t go on, … But it was basically something that they couldn’t help each other with. … you can trace nearly all those marital arguments back to that kind of thing.

They now hate each other because they loved each other too well and failed to express it adequately to each other, you see.

Now this… is …a problem. … postulate-counter postulate. And at the moment when this condition of agreement – kept together with a little bit of natter and communication … you really get a head on collision.

Now they have a problem and that problem now moves on the time track.  That is a real problem.  Neither one of them thinks up the wonderful argument that will resolve the problem, …and you’d have some reasonability about it.  But neither one of them gives up.  A *Pershing tank has run head-on into a Pershing tank. Clank!
* The tank was named after General of the Armies John J. Pershing, who led the American Expeditionary Force in Europe in World War I. It was briefly used in the final months of World War II during the Invasion of Germany and extensively during the Korean War.

And no matter how much forward tread motion you put on these two tanks, they don’t move at all. And you get the illusion of time not going forward at all because this location, of course , is unaltered …

No matter how much force you put into it, … There is no alteration of opinion … circumstances  or conditions. … a result that looks like it’s for ever … no change…. No time … postulate-counter postulate adds up to no change, no hope of change.

… They’re just convinced, and to some degree they make sure the other one doesn’t change his mind because they tell each other often that they don’t.
L Ron Hubbard – Band 6 – Pages 114-117 CLEAN HANDS CONGRESS – Lecture 4 – THE GOALS PROBLEM MASS

4 thoughts on “The Second Dynamic”