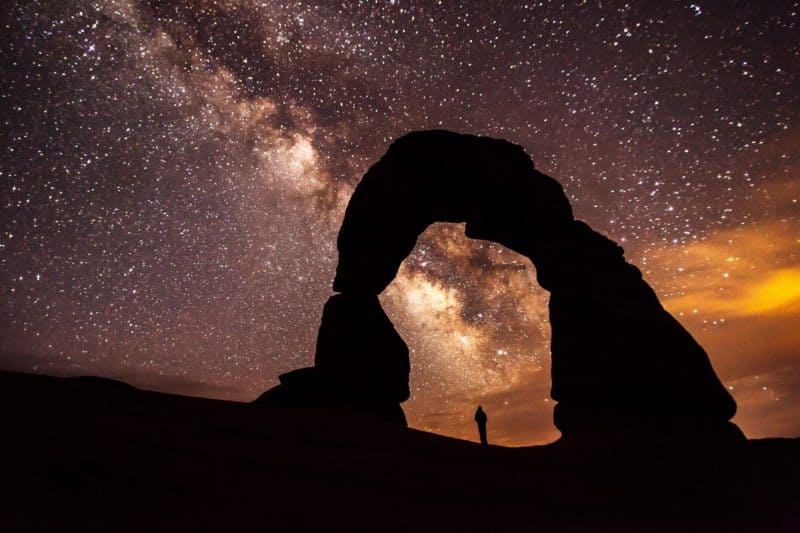 The Sixth Dynamic is the Dynamic of matter, energy space and time. Command over MEST is a very desirable ability and confronting has a great deal to do with that.

… that which a person can confront he can handle. The first step of handling anything is gaining an ability to face it. – This is tape recording number 7510C22 HAS AMT-1. Copyright 1975 by L. Ron Hubbard

Sixth Dynamic;  is MEST, the Physical Universe of Matter-Energy-Space-Time – the wind, snow, rain, blue skies, all of these things are MEST. One of the first things that folds up in the aberree seems to be his attraction for MEST. The real world, as you might call it in a very qualified sense, becomes less pleasant to him. When one was a child and got up in the morning, there was dew on the rosebushes, the wind was so fresh, and all the world looked so good! Everything was so blue, and so red, and so green! There was a definite reaching out and affinity with the world. Then gradually, as the years passed, this affinity began to be blunted by collisions with MEST, and MEST became less and less one’s friend; one gets to be 25 years old, married, gets up in the morning; there’s dew on the rosebushes but it’s just something that gets one’s shirt wet!
Group Auditing – DN Auditor’s Bulletin – JAN 1951 –Vol I – page 84

Many spend a lifetime trying to escape from the material (MEST) world. Escape is not the answer, per LRH’s comments above: … “that which a person can confront he can handle. The first step of handling anything is gaining an ability to face it”. Getting in there and handling MEST does bring one up tone!

This brings up the interesting question of “What is mental mass?” and “What are mental image pictures?” and what do they have to do with MEST?

Mental mass is mass. It has weight; very tiny, but it has weight, and it actually has size and shape and so forth.
LRH SH Spec 26X, 6107C03

MENTAL IMAGE PICTURES …  In the first place, of what were these pictures composed? It was an old saw in mysticism that mental energy was one thing and physical energy was another thing. I suppose this was stated many times out of hopefulness rather than fact. Today enough data has come to hand to establish that this mental energy, such as is contained in a picture, and the energy of earth or of the electric light company, are different only in wavelength. The proof of this is that a person, by remedying havingness, can increase his weight if he only pulls the havingness in, and can decrease his actual weight by throwing the havingness away. Of course, a preclear has to be in fairly good condition and has to be able to throw away or possess havingness at will in order to do this, but in actual experiment weight has been changed many pounds either way by this. And, believe me, if you can weigh mental energy on a set of Toledo scales you certainly have something very intimate to the  energy of the electric light company, and you don’t have anything different than the energy of the electric light company, save only in characteristic.

These mental image pictures, then, are actually composed of energy. They have mass, they exist in space, and they follow some very, very definite routines of behavior, the most interesting of which to us just now is the fact that they appear when somebody thinks of something. He thinks of a certain dog, he gets a picture of the dog.

Well, if these pictures are actually more or less the same stuff as is sold to you for five cents a kilowatt hour by the power company, then you could suppose that they would have some effect on the human body, and so they do. Pictures are continually being taken by the body or the Thetan or the Thetan’s machinery or the body machinery. … Something even takes pictures when he is deeply unconscious and during an operation.

Not only does a person take pictures of anything and everything just as you right this moment are taking a picture of this page (if you don’t believe it, close your eyes and take a look at the page again) (oh, you didn’t know you were taking pictures all the time?), but also these pictures then react back on the individual more or less as the incident itself reacted on the individual. Thus, if a person had a bang on the thumb from a hammer, he is certain to have taken a picture of this. Later on this picture gets into present time and his thumb hurts. It is a picture which is impinged upon his beingness so as to reproduce some of the qualities in the picture. STRAIGHT WIRE – A MANUAL OF OPERATION – July 1955 – VOL II – page228-229

The whole answer to the mind is mental pictures and masses created by the thetan.
HCOB 3 April 1966 – DIANETIC AUDITING COURSE – VOL VI – Page 160

Engrams have mass in them even when they are pictures. The figures in the picture, the scenery, the picture, have mass.
HCOB 22 July 1969 – High TA Assessment – VOL VI – Page 418

What of the body? Yes, it is motivated by the thetan through Lambda (lesser forms of theta) as covered in the Dianetic Axioms. But now we are looking at the MEST particles within the body – those that form the MEST structure of the physical body –

So what is our MEST body?

MEST BODY, 1. the physical body. The organism in all the Mest aspects. (SOS Gloss) 2 . the Mest body should not be thought of as a harbor or vessel for the theta being. A better example would be a sliver (a small, thin, narrow piece of something cut or split off a larger piece) inserted unwantedly in the thumb where the thumb would be the theta being, the Mest body the sliver. Mest bodies are good identification tags, they generate exciting emotions, they are fun to operate at times, but they are no end of existence.
L Ron Hubbard History Of Man, p. 16

So the answer is not to escape from the Sixth Dynamic but to get on the road to handling it and being cause over it.