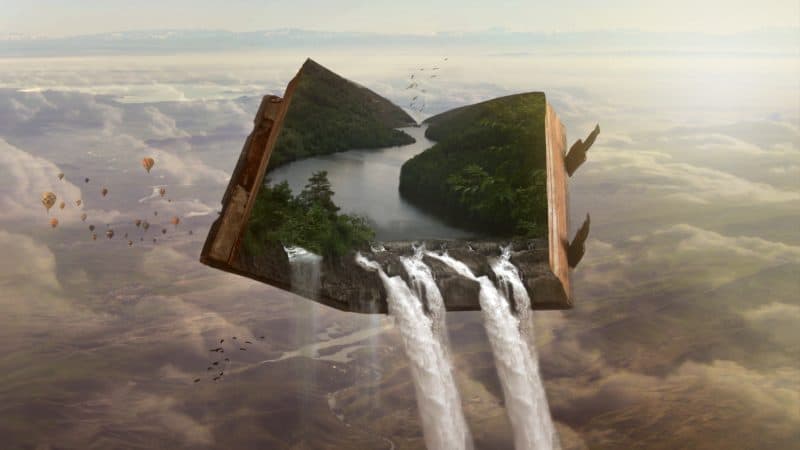 When talking to others about Scientology one soon runs into the unreality others have on the subject of past lives, the time track, OT, exteriorization and so on … Apart from pushing against the unreality of others we all have our own “unrealities” on various aspects of the subject. Scientology is NOT a belief system, and should never be. You find something that is true for you and go from there.

“What we seek is your intelligent participation and what we frown on is your hypnotic never-inspection.  And if you don’t inspect this stuff, what’s it doing?  It’s just going in as a lock on what you already have of it. See, it’s an exploration of you as well as anything else and if you just say, ‘Well, that’s the way it is because Ron says it is,’ why… It’s either true or it isn’t, you see?  And if it isn’t true for you, it isn’t true….”
LRH, “Anatomy of Needles — Question and Answer Period”, 24 July 1958, from “The First Postulate” tape series, transcripts part 2, pages 75-77.

As Ron has said it is no easy task to get out of the trap we find ourselves in and moving along the road to OT is certainly no walk in the park! Often wonder why all this feeling of “unreality”? Here is some excellent data on where that “horrible feeling of unreality” comes from …

“The road to OT is a long hard road. I know. It’s beset by many perils, not the least of which is the installed feeling of unreality which is supposed to be an effective barrier to any escape for Man.

“How hard would you have to hit a man to introduce total amnesia? That’s pretty hard. People are struck by cars, trains, tremendous impacts. And yet they still remember who they are.

“How hard, then, does one have to be hit to be made to forget his entire past? Well, that’s how hard one has been hit.

“The road to OT is a road of gradually returning knowingness, a gradual shedding of amnesia, a gradual ridding of unreality.

“Unreality is the result of invalidation by force. Hit a being hard enough, ARC break him hard enough and everything goes unreal. As knowingness returns, that unreality fades away and leaves him knowing more and more about who he is, where he is and why.

“Just keep the Tone Arm of the meter moving well on a preclear and the preclear headed at the right targets on the track and gradually the shades of night lift. And knowingness and memory return.

“It isn’t how incredible the materials on the track seem. It’s only incredible how one has forgotten….

“The road to OT is full of pitfalls. But a moving Tone Arm and an auditor who keeps at it and who’ll listen gets one through.

“And not the least of it is the horrible feeling of unreality.

“So as you read whole track materials and feel unreal, just realize that some unreality is blowing off and knowingness will not be far behind.

“What is – is. Remember that. It isn’t what somebody says it is. I can help an awful lot and give you technology and a map, but it’s your unreality that will blow off and your knowingness that will return.

“The gates are open now. Wide open. But the only one who can walk that dark way and brave the path for you is you.
”Ron Hubbard, Founder – From HCO Information Letter of 10 August 1963

Too many people have given into unreality and will not move out of their comfort zone, cloaking themselves in their own unreality.

Life is full of unrealities and they only become so because of one’s own refusal to confront what ‘is’, thus creating an “unreality”. Only by confronting what ‘is’  and facing up to the fact that you played some part in it, can you recognise your own cause in it and handle it.…

“The first step of handling anything is gaining an ability to face it.

“We are looking here at the basic anatomy of all problems. Problems start with an inability to confront anything. Whether we apply this to domestic quarrels or to insects, to garbage dumps or Picasso, one can always trace the beginning of any existing problem to an unwillingness to confront.

“It is a truism that one never solves anything by running away from it.
From:  ABILITY – Issue 54 [1957, ca. early September

Scientology is there to be used …

“Just because you know a lot of these things puts a responsibility on you, but just because you know Scientology is no reason or license to stop living. You should be able to live much more fully. But you feel very free to use or not use exactly what you know, to use it as you think it ought to be used, to create the effect you want to create or just to create a random effect. That’s a wide license, isn’t it? The material is yours. Go ahead and take it.”
L. Ron Hubbard Excerpted from the lecture The Game Called Man delivered on 6 June 1955