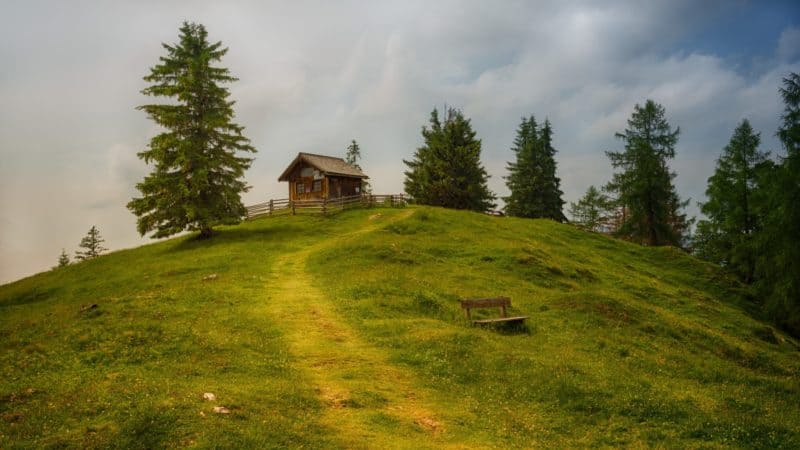 This is very much a Scientology word and used quite a bit by Scientologists; “my havingness is low today”, “look at her house, she has great havingness”, etc. However, many Scientologists think of it as a word Ron made up … but it is an English word; Definition of “havingness” in English by Oxford Dictionaries, NOUN rare 1. Covetousness, possessiveness. 2. The fact or state of having or possessing something. Origin Mid-17th century. From having + -ness.

Its use in Scientology is far more important and extensive in relation to a beings and their environment.

In PAB 83 – 8 May 1956 – The Conditions of Existence, Ron gives some very simple explanations of Havingness, as it is applied in the role of life as follows:

They are BE, DO and HAVE.

THE CONDITION OF BEING is defined as the assumption (choosing) of a category of identity. It could be said to be the role in a game (E.G: one’s name, profession, or physical characteristics). Each or all of these things could be called his beingness. …

THE SECOND CONDITION OF EXISTENCE IS DOING. By doing we mean action, function, accomplishment, the attainment of goals, the fulfilling of purpose, or any change of position in space.

THE THIRD CONDITION IS HAVINGNESS. By havingness we mean owning, possessing, being capable of commanding, positioning, taking charge of objects, energies or spaces.

The essential definition of having is to be able to touch or permeate or to direct the disposition of.

The game of life demands that one assume a beingness in order to accomplish a doingness in the direction of havingness.

When one has clarified (brought order into) the idea of possession or havingness, one can then proceed to clarify doingness for general activity, and when this is done one understands beingness or identity.

It is an essential to a successful existence that each of these three conditions be clarified and understood. The ability to assume or to grant (give, allow) beingness is probably the highest of human virtues. It is even more important to be able to permit (allow) other people to have beingness than to be able oneself to assume it.

You can find many other definitions of “havingness” in the Technical Dictionary which give you a further idea of how much it is part of the subject.

“If a person over-evaluates havingness consistently and continually, then he will begin to protect things he’s better off without.  He will have things he doesn’t need because he feels he can’t ever replace them. And you get your pack-rat nature of man.

“But it all starts out with a desire and a conviction and goes on down the line.  And after a person has been convicted and sentenced to seventy-four trillion years in the MEST universe, that much havingness of the MEST universe, it’s time for somebody to bail him out.”

The advertising industry is well aware of people’s desperate need to acquire and have. So who is happier; Bill Gates or the guy who lives in a wooden hut in the forest growing his own food? Well it all seems to come down to the case shape you are in …

“But this universe vector is: ‘In order to progress, you must have. And that, of course, is 180-degree falsehood.  You can progress with or without having. But this universe tells you, ‘Only by having and acquiring and by new possession can you progress.’  And so you turn the vector around and you start un-having, and of course the fellow gets freer time, more action, more capabilities in space and a much more desirable ability or capability in all directions, including that of knowingness.  And then he says to you, ‘Having acquired nothing, I feel I should acquire something.

“Up at the top of all this, you see, is this terrible mania ‘Acquire. Have.  We must be in a time span.  We must be timed according to this universe.’

“So, all of a sudden here nothing existed.  Nobody had to desire anything, but could.  And now, desiring it, two conditions can ensue: one has it, and then has to have it and then, of course, mustn’t have it.”

Knowing something about havingness, knowing it well makes the understanding of oneself, others and the MEST universe a great deal easier.

“Now, there are some people who have the right natively to have a space bigger than a galaxy, easily….

“Well, your petty thief possibly could be someday the size of the MEST universe.  But it would mainly depend upon his knowing he had the right to be.”

1 thought on “What is Havingness?”