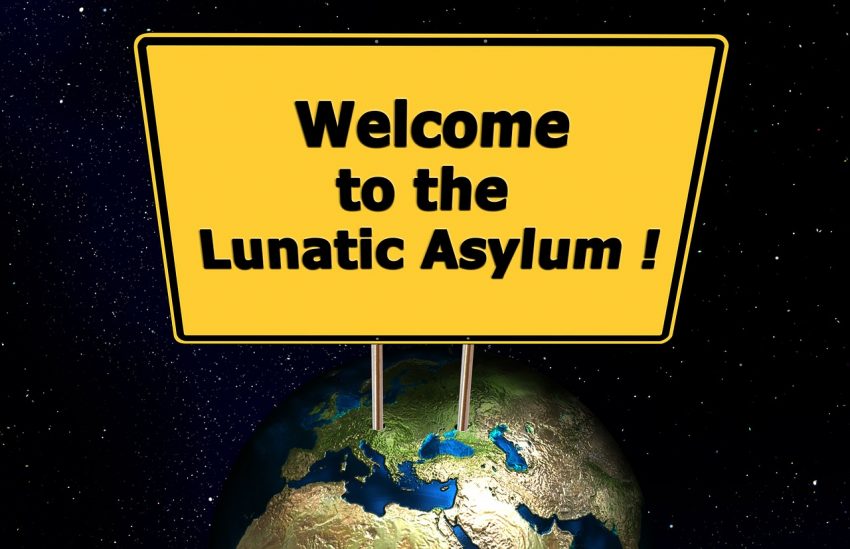 It is not hard to understand what LRH is saying below when you look through the affairs of the World today! Scan through the news, watch CNN and other news channels and you find many many  examples of Man’s inability to view and recognize DIFFERENCES, SIMILARITIES AND IDENTITIES.

There are many types of thought. Unless one knows these types, he can make serious errors on administrative lines. In the unpublished work “Excalibur” (most of which has been released in HCOBs, PLs and books) there was an important fundamental truth.

This was: SANITY IS THE ABILITY TO RECOGNIZE DIFFERENCES, SIMILARITIES AND IDENTITIES. This is also Intelligence.

Two or more facts or things that are totally unlike are DIFFERENT. They are not the same fact or same object.

Generalities ARC Break. Comments such as “People of “a certain racial group” are not to be trusted” is an insanity. Punishing a whole class of children because one of the group misbehaves causes upsets and is also insanity.

PROPER DEFINITIONS
People who annoy one with such weird “solutions” do not know certain differences. Thoughts are infinitely divisible into classes of thought. In other words, in thought there are certain wide differences which are very different indeed.

A FACT is something that can be proven to exist by visible evidence.

An OPINION is something which may or may not be based on any facts.

Yet a sloppy mind sees no difference between a FACT and somebody’s opinion.

In courts a psychiatrist (who is an AUTHORITY) says “Joe Doakes is crazy.” Joe Doakes is promptly put away for ten years, tortured or killed. Yet this statement is just an OPINION uttered by somebody whose sanity is more than suspect and what’s more is taken from a field “psychiatry” which has no basis in fact since it cannot cure or even detect insanity. A vast number of people see no difference at all in FACTS and OPINIONS and gaily accept both or either as having equal validity. An administrator continually gets opinions on his lines which are masquerading as facts.

A vast number of people see no difference at all in FACTS and OPINIONS and gaily accept both or either as having equal validity. An administrator continually gets opinions on his lines which are masquerading as facts.

If opinions instead of facts are used in solving problems, then one comes up with insane solutions.
LRH – THE ANATOMY OF THOUGHT – HCO POLICY LETTER OF 26 APRIL 1970R

With the amount of Fake Facts and Fake News people are bombarded with daily, the ability to truly recognize differences, similarities and identities is the “Swiss Army knife” of tools to have in your Survival Kit!

A BASIC LAW is usually confused by students with an INCIDENTAL FACT. This is conceiving a similarity when one, the law, is so far senior to the fact that one could throw the fact away and be no poorer.

When a student or an employee cannot USE a subject he studies, or cannot seem to understand a situation, his disability is that basics are conceived by him to be merely similar to incidental remarks.

…A law of course is something with which one thinks. It is a thing to which one aligns other junior facts and actions. A law lets one PREDICT that if ALL OBJECTS FALL when not supported, then of course cats, books and plates can be predicted in behavior if one lets go of them. As the employee hasn’t a clue that there is any difference amongst laws, facts, opinions, orders or suggestions he of course cannot think as he doesn’t have anything to which he can align other data or with which to predict consequences.

… An organization, therefore, can itself be daffy if it has a concept that laws and facts and opinions are all the same thing and so has no operating policies or laws. Whole bodies of knowledge can go this route. The laws are submerged into incidental facts. The incidental facts are held onto and the laws never pointed up as having the special value of aligning other data or actions.

THOUGHT CONFUSIONS
Wherever you have thought confusions (where FACT = OPINION, where Suggestion = Orders, where an observation is taken as a direction, etc, etc, etc) an administrator is at serious risk. Misunderstoods pile up on these short circuits. Out of misunderstoods come hostilities. Out of these come overwork or destruction.

The need for all discipline can be traced back to the inability to think. Even when appearing clever, criminals are idiots; they have not ever thought the thought through. One can conclude that anyone on management lines, high or low is drastically affected by irrational think.

These are the Third Dynamic facts with which an organization lives daily. The fault can be very subtle so as to nearly escape close search or it can be so very broad so that it is obvious and ridiculous. But on all admin lines, the point that fails has not achieved the basic law:

SANITY IS THE ABILITY TO RECOGNIZE DIFFERENCES, SIMILARITIES AND IDENTITIES.
LRH – THE ANATOMY OF THOUGHT – HCO POLICY LETTER OF 26 APRIL 1970R

1 thought on “What is Sanity?”