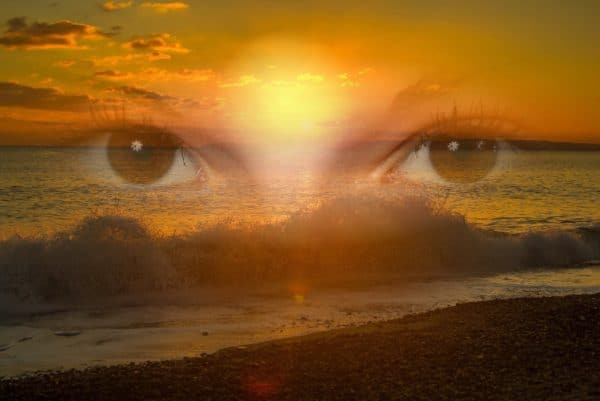 We would be pleased to receive the Wins & Successes you have had using the Tech and/or Policy of LRH.

A personal win using the Tech

Scientology cured my depression. There were many reasons I had depression, mainly what Scientology did was make me smarter. Being smarter I could then work out what was causing the depression and basically cure it myself. Our society is extremely complex, you need to know so so so so so so so much in order to survive well. Scientology not only tells you a lot of useful information but it also teaches you how to learn which is extremely important.  It’s the best thing I’ve ever done. I now know why I had depression, it was a totally normal and natural reaction to this corrupted world.

I have been a Scientologist for 46 years now – the early years on the Hard TRs Course and Grades were amazing and life changing.

After the death of LRH, the forced removal of the Senior C/S International (as posted by LRH) – David Mayo – and what appeared to be a takeover of the Church, I became concerned but with no other alternative, I kept going.

While on OT 7 I became extremely PTS with the enforced Sec Checks every six months – so much so that I nearly lost my business.

After OT 8 and the three L’s I reckoned I was short changed – not quite what I had been chasing all my life. So, being disillusioned and over reg’d, I left the Church.

I looked around as I felt certain LRH had created more – I found a bridge and started on upper OT levels apprehensively, as I was not certain this was LRH.

Boy oh boy –what an astonishing find – a real OT Bridge as figured out by LRH himself!
I am well on my way along the real Bridge I came in for those 46 years ago!

Wins in my Profession

I started my career as a Scientologist in the early ’60s, became trained as an auditor, then as a C/S all the way up to Class VI all while Ron was at the helm. I was also on staff for many years and carried various executive posts. I was in fairly regular written comm with Ron all during that time, and always found him to be both interested in and helpful with all my queries, and he always answered back.

However, I was also concurrently running my own drama school throughout that time and continued to do so for 50 odd years; and as I progressed through my SCN training and continued up the Bridge I started to use the tech in my methods of teaching in my Drama School. In other words, I adapted the tech to suit my needs. For instance, the children were given my adapted method of doing the TRs so that they learned to build up their confront, make their performance real, and thereby build their confidence when faced with a large audience. I also modified the Mood Drills so that the students would be able to dramatize any type of character and/or emotion without inhibition; and they also learned how to word clear their scripts, deliver Touch and Contact Assists to each other and many other skills directly adapted from LRH’s tech. All of the was delivered verbally

As a result of this, my Drama Students achieved a level of performance that far exceeded that of other groups/schools that competed against us in competition work.

However, in about 1979 I was informed by a Sea Org Executive that I was out tech for using verbal tech in my School and that unless I ceased to do so immediately I would be called before a Committee of Evidence. I decided the best form of handling this was to simply acknowledge him.  BUT .. I immediately wrote to Ron and told him exactly what I was doing with his tech in my school including all the little alterations I had made to his drills etc. (Note: I did NOT make any mention of the threat from the S.O. exec)

I shortly received a reply from Ron in which he told me that he was delighted to hear of the wins I was achieving with the tech in my school and that he wished that other Scientologists would do the same because that was what was needed – that we go out and adapt what  we have learned to our everyday lives out in the outside world.

As for the S.O. Exec – he had nothing to say when I showed him LRH’s letter, he simply shrugged his shoulders and drop the whole matter
So there you have it  … as a result of that acknowledgement from Ron I have continued to do exactly that … adapt the tech to suit the situation and those around me so that all can win.

A very big “Thank you” from another old timer

Well done Maximus. Congratulations on your dedication and the superb wins you are achieving.
There is nothing better than to see you pc change before you eyes as a result of your care and attention.

I too have had similar wins with all those that come to me for help. It is always my greatest joy to be able to share in their wins

Keep up this excellent work. You are so valuable and it is truly great that you are continuing to use this remarkable tech to help others!

Winning as an Auditor

The first woman is mid 40s and was struggling with her career and relationships and has been off the bridge for some 30 years. Her 30 year departure was very scenic and exciting! … but didn’t lead to any happiness. Since starting Life Repair actions, she is looking younger, her career is back on track and she has found her zest for life again.

My other PC is a 22 year old man, an elite athlete, suffering from ‘bi-polar depression’. He was just about to be medicated, probably for life. He was having major emotional swings, often bed-ridden for days, sometimes requiring his mother to sleep with him as he cried himself to sleep. His Dad suffers from anxiety and his mother is on medication for her ‘bi-polar’, as are her sisters and her mother.

We’ve now completed about 45 hours of objectives, havingness, prepchecking and other Life Repair processes. He has not finished his program yet but has needed to return home to attend university and re-connect with friends and family.

I’ve just spoke with him earlier today and he said ‘I haven’t felt this good in a long time’. He sounds stable and positive. His home is not a very happy place with his Mum’s condition and his Dad’s anxiety… he had become a defacto carer for them and his younger siblings.

But since returning home with a renewed sense of purpose, he is now monitoring the home tone level and aiming to stay sane and positive.  He is monitoring it’s restimulative effects on him and now placing a much higher priority on his emotional wellness as opposed to always caring for everyone else first. If need be, he will move out. Obviously, the aim is to get his Mum and Dad sorted with some auditing as well.

It’s been such a joy for me to deliver this program and see sanity and spirituality return to a very good guy.

My Win – By An Oldtimer

I am in my eighties. I have had a good life. Learnt one hell of a lot about the subject of Life. I have had loads of fun, plenty of friendships, a few tough times but that is the nature of the game we are playing.

I have studied LRH’s tech since the late fifties and loved it. Went all the way to OT V111 in the Church. Then learnt from a friend, some eight years ago, that I had been declared.  Never saw the declare nor did I ever have a chance to defend myself.

This turned out to be a major favour.  I could not believe that LRH had not researched beyond OT V111, so I started looking.  A number of senior tech terminals, who had worked directly with LRH, indicated that he had researched way beyond OT V111 and 1X.  I also learnt that, OT V11, on which I had audited for some 2000 plus hours, was actually supposed to be a repair action for body problems and was, as it existed, not truly an OT level.

I did find that some of these Senior Tech guys had developed Rundowns that helped OTs with problems etc., but it was only when I came across the works of Capt. Bill Robertson, that I found a Bridge based on LRH’s work that took one to OT states well beyond OT V111.

I found and went to a RON’s Org, to listen to what they had to say, determined to walk away if I felt it was nonsense.

Well, some 6 years later, I am now on the Games Master Level 16. These levels come after OT 16, which is very special in itself.

As I worked on this Bridge via a Ron’s Org, I truly have come to understand what a true Scientology Bridge is all about.

First one has to look at Axiom number ONE, “Life is basically a Static”. (Study the first 3 Scientology axioms to understand what a static’s capabilities are).  So, what was LRH’s purpose when he started us all on this Bridge?   Simple, he wanted us to play the game of moving back towards a Theta State, “Static” and away from the solidity of being stuck in bodies over and over again.

Yes, there is opposition in many forms as one moves up this Bridge, but, that is what makes a game. On the Ron’s Org Bridge, you learn how to handle and overcome these stops.  How did this game come about? Well, that is something you will learn as you do the Bridge.

Just doing this Bridge and learning so much more about LRH’s tech and what was behind it has been a massive win for me.  If you are interested in gaining incredible knowledge, contact the Blog Admin (by Posting a reply to any of the Posts with your questions – it will not be Posted as it is vetted by Admin first), who will direct you to the nearest Ron’s Org.